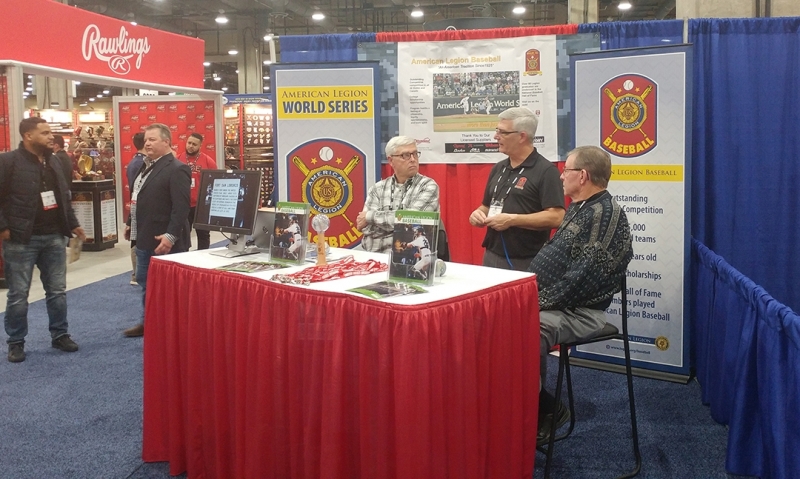 American Legion Baseball had a booth at the trade show and members of the baseball committee and national staff greeted coaches looking for information about the program and registration, which opened on Jan. 1 at www.baseball.legion.org.

Coaches from six of the last eight American Legion World Series championship teams stopped by to exchange stories and appreciation for their time in Shelby, N.C.

Leading one of the sessions was 56-year American Legion Baseball coach Jim Peck of Excelsior Legion Post 259 in Minnesota, who is the ABCA’s youth chair.

At the weekend’s Hall of Fame Banquet, Jim Darby, who played for the Lafayette, Calif., post for two years and went on to serve as the voice of the American Legion World Series, was presented with the 2019 ABCA/Wilson Lefty Gomez Award. The award is named after Lefty Gomez and is presented annually to an individual who has "contributed significantly to the game of baseball locally, national and internationally," according to ABCA.

Gomez was The American Legion's 1976 James V. Day Good Guy Award recipient. The award honors those who, though busy in their specialties, feel the need to work for and on behalf of others, and participate in the betterment of society.