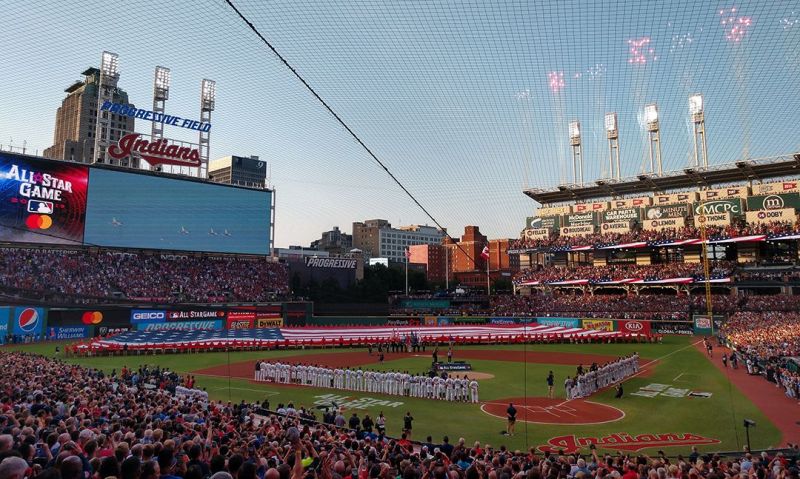 Baseball’s biggest stars gathered in Cleveland this week for MLB All-Star Week and the events were full of former American Legion Baseball products.

Powhatan Post 201 (Va.) product Justin Verlander started for the victorious side, pitching a scoreless top of the first inning and Jacob deGrom, a product of DeLand (Fla.) Post 6 had a perfect inning in relief for the National League.

Max Scherzer, formerly of Legion Baseball Creve Coeur Post 397, was in contention to play a pivotal role on the mound but sat due to injury.

Sunday’s Futures Game ended in a 2-2 tie and the top performing Legion alum was Whiteville Post 137 (N.C.) alum MacKenzie Gore, who allowed no hits in a scoreless inning in relief.

Daulton Varsho, who played in the 2014 Great Lakes Regional for Marshfield (Wis.), was the designated hitter for the American League. Daulton's father, Gary, also played for the Blue Devils of Post 54 before reaching the majors.

Two-way sensation and Golden Spikes winner Brandon McKay of Beaver Falls (Pa.) Blackhawk Legion Baseball made the roster but did not play.

In the celebrity softball game, Hall of Famer Jim Thome headlined Team Cleveland. Thome, who played Legion Baseball for Post 979 in Bartonville, Ill., reflected on his Legion experience, saying, “That was the fun part of summer ball with Legion. We just played. At that stage everything was so pure. I would 100 percent recommend it.”

Verlander, Thome, Alomar, Winfield and Fingers are all finalists on the Fan-Voted American Legion Baseball All-Centennial Team, which will honor the greatest players from the first 100 years of The American Legion.

Fans can vote for their favorite players at legion.org/baseball/vote.