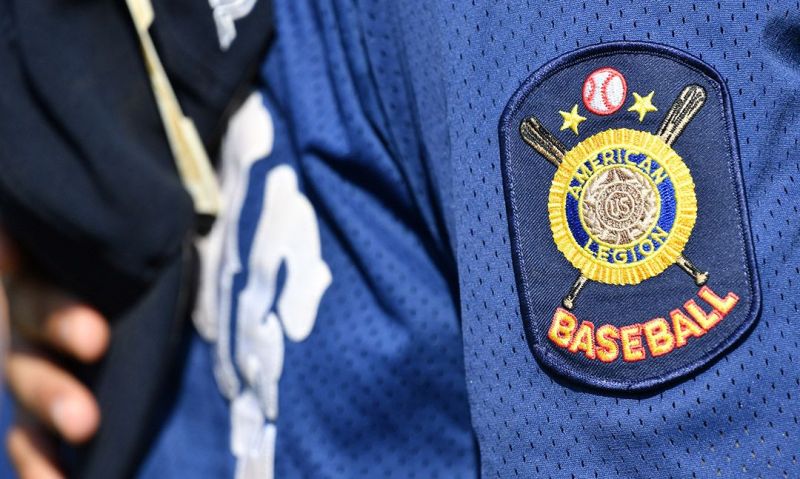 The field has been trimmed and we are just one day away from finding out which eight teams will emerge from the field of over 3,500 teams to reach the American Legion World Series.

In some regions, three one-loss teams remain, all needing to be perfect in order to advance. In these regions, the two teams which lost on Wednesday, Thursday or Friday will face off in Game 14. The winner of that contest will go on to a winner-take-all matchup with the team that emerged from the original winners’ bracket 3-0.

In other regions, we’re down to just two teams: the teams that emerged from the winners’ and losers’ brackets, one with a record of 4-0 and the other sitting at 3-1. The 3-1 teams need to beat the 4-0 teams twice on Sunday in order to advance. If they fail in either Game 14 or 15, the 4-0 teams advance.

Here is a recap of the eight regionals heading into the weekend:

For the third straight year, a team from Massachusetts will represent the Northeast region at the American Legion World Series. Sunday will determine if that representative will be the hosts, Shrewsbury Post 397 or the state champion, Lawrence. Shrewsbury, which has reached the Sunday games for the third straight year, has the advantage by holding a 4-0 record, meaning Lawrence has to win twice. Shrewsbury defeated Lawrence on Friday, 6-4, in the crucial Game 11, which determined the last remaining unbeaten team.

Lawrence rebounded Saturday with a 9-2 win over Stamford (Conn.) Post 3, with the top seven hitters in the lineup all scoring for Lawrence. Shrewsbury rallied from a 3-0 deficit with four runs in the fourth to eliminate Cumberland (R.I.) Post 14 with a 6-4 win.

It’s down to two teams in Region 2, with Vienna holding a 4-0 record and the upper hand. To advance, the Virginia team will need to win one of two games against the hosts, Randolph County, which has gone to two straight American Legion World Series as a member of Region 3. These two teams squared off on Thursday, with Vienna taking a 6-2 victory.

Randolph trailed 5-1 in today's elimination game with Morgantown (W.V.), but put up two in the bottom of the third and one in the fourth to pull within one. Trevor Marsh came in to pitch in the sixth, hit a three-run shot in the bottom of the frame and closed out the 7-5 win. In addition to Trevor being named winning pitcher, the Marsh family (Trevor, Blake and Tatum) combined to go 5-for-9 with five RBIs in the contest at the plate. In the night game, Vienna didn’t waste an opportunity to go into Sunday unblemished by topping a game Brooklawn (N.J.) Post 72 squad, 6-2. Vienna scored first and kept adding to its lead and ultimately held off a late rally to eliminate the team which won every Region 2 title from 2011-2015.

Three teams still can stake a claim to the Region 3 title, as the previously-undefeated Destrehan squad fell to Troy on Saturday, 9-7. Bryson Peavy had a big two-run home run which proved to be the difference in the win. Troy will need to win one more game before having a chance to face Destrehan again for the region’s title. The opponent in that Game 14 was determined in the day's opening game, as Tupelo's Hammer Franks pitched 6.2 four-hit shutout innings to lead the squad defensively in the 6-0 elimination win over West Tampa (Fla.) Post 248 to reach Sunday’s games.

Troy and Tupelo have not yet squared off with each other, but both teams have faced Louisiana after Saturday’s game. Troy fell against Louisiana, 5-4, in the first game of the tournament.

Tupelo will play Troy in Game 14 at 9:30 a.m., and the winner will have to regroup to face Destrehan in Game 15 a half hour later.

Only one of the final four teams in Region 4 was sent home on Saturday, leaving three to vie for the title. In the day’s opening game, Bryant squared off with Fremont (Neb.) Post 20 in a must-win game for both teams and it was an interesting tilt. In no inning did any team score multiple runs, but both offenses were very active. Both teams scored one run in innings one and three, but Bryant kept the bats going with runs in the fourth, fifth and sixth as well. Fremont only had an answer in the fifth and trailed by two heading into the final frame. Fremont got the tying run to the plate after scoring one in the seventh, but ultimately fell, 5-4, leading Bryant to advance.

Previously-unbeaten Festus scored two in the first inning and looked to be in good shape to enter Sunday still unbeaten but Hastings avoided elimination by rallying in crunch time, scoring three runs in the sixth to take the lead and two more insurance markers in the seventh to win, 5-2, and move on to Sunday.

Bryant and Hastings will square off in a rematch of Wednesday’s thriller, in which Bryant rallied to win 3-2, and the winner will advance to play Festus. Games are at 1:30 and 4:30 p.m.

Beverly/Lowell continued its offensive explosion in Charleston this week, scoring “only” nine runs, their lowest total in the tournament so far, but edged Swoyersville (Pa.) Post 644, 9-8, in another thriller. On the heels of an insane 16-15 matchup with Danville on Friday night, the Ohio team gave up five runs in the top of the seventh against a Swoyersville team that would not quit, forcing extra innings in Saturday’s nightcap. A walk-off single from Nate Brothers brought home Seth Dennis in the ninth, however, to keep Beverly/Lowell unbeaten, despite two consecutive wild games.

Danville certainly had to be itching for a chance at retribution against Beverly/Lowell for the crushing Friday defeat and the Illinois team will get a chance, maybe even two chances, after defeating Gladwin Co., (Mich.) Post 171 in an elimination game. Danville led 5-4 after one inning and added two insurance runs in the fifth, holding on to a 7-5 win.

For live video streaming coverage of games visit https://www.midcosn.com/schedule and use the following credentials:

Excelsior earned its way to a 4-0 record, winning half of those games on Saturday. In the continuation of a suspended game, the Minnesota state champions dispatched of Appleton (Wisc.) Post 38, 9-1, in the morning. In the afternoon, Renner (S.D.) Post 307 was Excelsior’s victim in a 12-2 contest. In a 2-2 game in the bottom of the third, Will Sturek homered on the first pitch of the inning, opening the floodgates in an inning in which the first nine Excelsior players would all get on base, eight of whom scored.

Appleton shook off that early defeat in the next game with a good early start, scoring in the top of the first against Fargo, but ceded the lead and headed to the bottom of the seventh defensively tied 2-2. Some small-ball and a defensive miscue gave Fargo Post 2 their third run and the elimination game victory.

Excelsior and Fargo played on Wednesday and the decision with Excelsior's way, 17-11. Fargo will need to win twice to overcome that first defeat. Games will be at 12:30 p.m., and, if necessary, 3:30 p.m.

The fifth shutout so far in the usually-offensive Northwest Region came in an elimination game to open the day as Kennewick got the performance of a lifetime from Simeon Howard to stay alive. The pitcher had six one-hit shutout innings against Medford (Ore.) Post 15 and scored the game's only run in the top of the first in the 1-0 victory.

In the day’s other contest, Idaho Falls bested previously-unbeaten Bozeman, scoring in five of the seven innings to take home a 6-3 win. Idaho's Randon Hostert, who threw a dominating no hitter on Wednesday, will be back on eligible rest for Sunday with the team needing two wins.

Idaho Falls faces Kennewick at 1:30 p.m., and the winner gets Bozeman at 4:30 p.m., with a trip to the American Legion World Series on the line.

The start of the first game of the day was a wild one with both offenses playing well in an attempt to avoid elimination. Henderson (Nev.) Post 40 scored one in the first and, after Albuquerque scored two in the bottom of the frame, the 2017 ALWS champions responded strongly with five in the top of the second. That lead would not hold, however, as New Mexico plated eight over the next two frames to take a lead it would never relinquish in the 12-8 win. Albuquerque exacted revenge for an 8-3 defeat to Henderson in Game 1.

Justin Thomas came on in relief for Petaluma in the bottom of the seventh inning with a 2-2 count, two on, two out, with a two-run lead against Honolulu in the nightcap. In a situation any pitcher dreams of, Thomas lived up to the challenge, striking out the final Hawaiian batter to keep his team alive and send them into Sunday. Honolulu, which rallied from a 4-0 hole Thursday and walked off after overcoming a 5-2 deficit Friday, didn't have the magic Saturday but still have a chance to win the region Sunday.

Albuquerque and Petaluma will square off for the first time this year at 1 p.m., and the winner will face Honolulu at 4 p.m.

Get American Legion Baseball apparel and be ready to support your team.
VISIT EMBLEM SALES