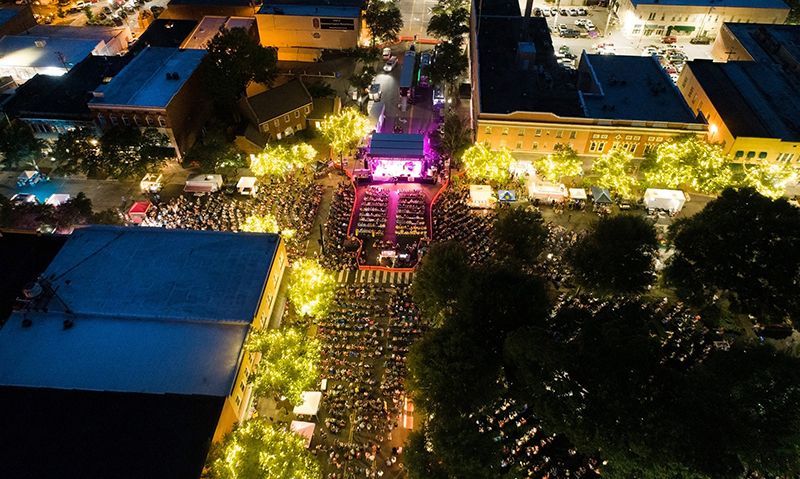 A crowd of approximately 25,000 attends the 7th Inning Stretch Festival

It’s more than just baseball tournament in Shelby, N.C., part of Cleveland County and the permanent host of the American Legion World Series.

For a photo gallery of all of the key events, click here.

Preparation for the 2019 World Series started just days after the 2018 event ended, with numerous events planned.

The 2019 ALWS officially kicked off with the 7th Inning Stretch Festival, an annual event in Uptown Shelby that attracted a record-setting 25,000 guests on Aug. 10.

In the morning, a 5K run/walk raised $1,984 for the family of fallen Shelby police officer Tim Brackeen.

The all-day festivities, which include a pageant, inflatable games, vendors, music and more, culminated in a concert with a performance by singer-songwriter and country music superstar Martina McBride.

In honor of McBride, $2,661 was raised for the Susan G. Komen Foundation.

On Wednesday night, Cleveland County came together to welcome the eight American Legion Baseball regional champions at the LeGrand Center in Shelby for the Host City Welcome.

All eight teams received their regional championship medallions courtesy of the host city of Shelby. These were presented by Shelby Mayor Stan Anthony and the city council.

The Original Drifters® provided entertainment for the event.

The program, in its third year, has grown significantly and now has over 50 teams statewide. It is the first American Legion department-sanctioned softball program in the country.

On Monday, the opening ceremonies started the event with record-setting University of Michigan and Team USA pitcher Jenny Ritter giving the keynote address.

Tournament play concluded on Wednesday, when the state champion was crowned. Cumberland County Post 63 defeated Alamance County Post 63 behind a five-run seventh inning and were honored at the Host City Welcome for their accomplishment.