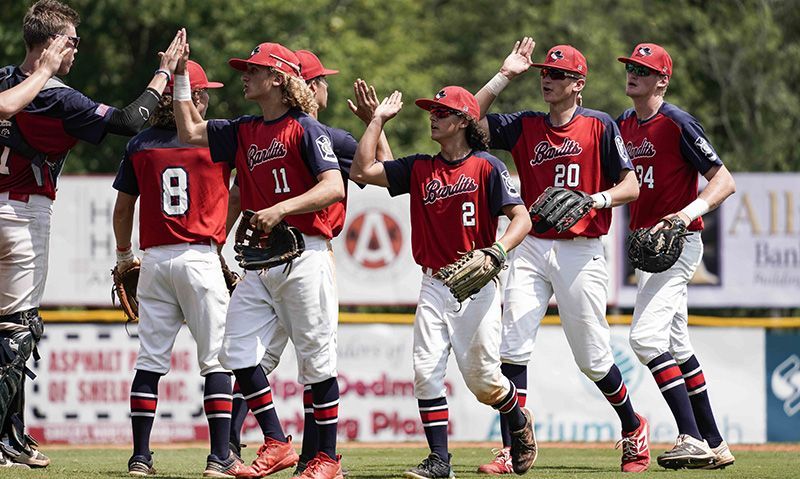 The win sends Idaho to the national semifinal at 7 p.m., eliminates North Carolina and allows Fargo, N.D., Post 2 to finish second in the pool. Fargo will play at 4 p.m., in the first semifinal.

Idaho had a few chances early. In the top of the first, a runner reached third with one out but a popout and a strikeout by Trevor Marsh got North Carolina out of trouble.

North Carolina got a leadoff hit from Harris Jackson to start the bottom of the frame and Trevor Marsh lined a double to move him to third. Spencer Lanier's sacrifice fly brought home Jackson and gave the game its first run.

Idaho left two on in the top of the third and the offense was busy again in the fourth.

They tied it up, then with runners on second and third and one out, a fly ball into foul ground forced first baseman Spencer Lanier to range over and make an over-the-shoulder grab. He wheeled and fired home to barely get the runner at home, keeping the lead 1-0.

In the fifth, Idaho broke through for two more to take the lead. Bruer Webster hit a one-out double to the right-field wall and came around on an Alex Cortez single. Randon Hostert and Tavyn Lords hit consecutive singles to bring home Cortez.

North Carolina made it interesting in the bottom of the frame, getting two hits, a wild pitch, ground out and sacrifice fly to make the lead 4-3.

Idaho closed the door to seal the win, however. Jace Hanson's five innings of one-run ball were followed by two innings from Andrew Gregersen.

“That was a good team but we had to fight it out,” Cortez said. “It’s unbelievable. This field, this setup, it’s just awesome to be here,” Cortez said.

Destrehan, La., Post 366 won the Stars pool and will face North Dakota at 4 p.m., on ESPNU Monday. Following that, Idaho will face Danville, Ill., Post 210 in the other semifinal.