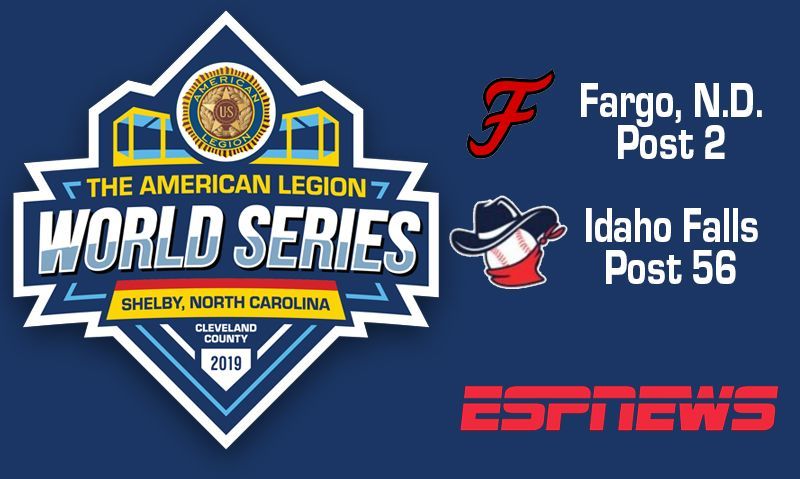 The American Legion World Series has never been won by a team from Idaho or North Dakota.

These two teams squared off in their first game of the tournament last Thursday. Scoreless through three innings, Idaho Post 56’s offense woke up for multiple runs in each of the remaining innings on its way to a 7-3 victory over North Dakota Post 2.

Idaho Falls, known as the Bandits, won the Stripes pool with an unblemished 3-0 record, but needed some magic late Monday night to advance to the final. The team got four runs on just two hits and walked off as 4-3 winners over Danville, Ill., Post 210. The game mirrored the program’s regional title winning game, which also went to extra innings.

The win gave the Bandits their 60th win of the year to just six losses. They are 4-0 in American Legion World Series play.

The state of Idaho has sent representatives to the American Legion World Series in three straight years and nine times overall.

Only two of the other eight programs to make the World Series made the title game and Idaho Falls will hope to fare better than their counterparts. Pocatello lost, 23-6, in the first World Series in 1926 against Yonkers, N.Y., in Philadelphia. Lewiston Post 13 dropped a 5-2 decision to Brooklawn, N.J., in 2001 in Yakima, Wash.

North Dakota came into the World Series as the fourth Post 2 team to ever make it to the event the first in 27 years (1969, 1989, 1992) and one of just five appearances from the state of North Dakota.

Entering the World Series with a record of 51-6, North Dakota won two of three pool play games, losing only to Idaho in the opener.

On Monday, North Dakota completed a suspended game in the morning to earn a spot in the semifinals, then returned in the evening, braved another lengthy rain delay, then defeated previously-unbeaten Destrehan, La., Post 366 in the first national semifinal by a score of 11-4.