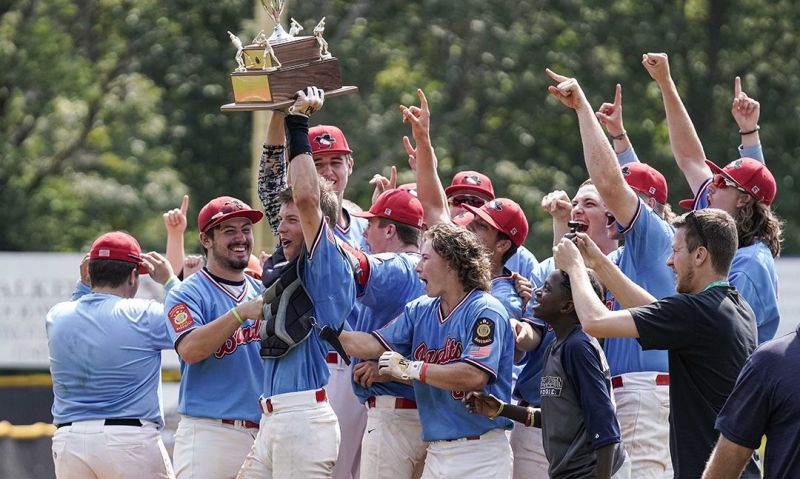 Before Idaho Falls Post 56 qualified for the 2019 American Legion World Series in Shelby, N.C., eight teams from the state of Idaho had advanced to the event and none of them had ever won the championship.

That all changed last August as the Post 56 Bandits overcame that obstacle while also surviving a rain-soaked series to set history.

"It was an experience unlike any that we've ever had," Idaho Falls coach Ryan Alexander said when asked to reflect on what it's meant to become a first-ever World Series champion from Idaho.

The Bandits finished with a 61-6 overall record behind a talent-laden squad that won an Idaho state tournament title and Northwest regional title before they arrived in Shelby to pursue a Legion World Series championship.

There, unlike six previous teams from Lewiston and one each from Pocatello and Meridian, Post 56 became Idaho's first-ever World Series winner.

That previous history was nothing more than something for the team to overcome, according to Alexander.

"Throughout the year, we had dealt with some adversity, whether it was travel issues or other things and the kids handled everything that came their way like pros," Alexander said. "One of the things that we talk about in our program a lot is trying to control what we can control. Those kids did a masterful job of doing that. And it's something that we actually talk about and preach."

Dealing with weather was an added obstacle during Idaho Falls' championship run.

And the Bandits’ 5-3 championship game victory over Fargo, N.D., came after they lost their ace pitcher due to pitch count regulations once torrential rains forced a suspension of a contest that started at 6:30 p.m. on Aug. 20 to a 10 a.m. EDT start on Aug. 21.

For the Idaho players, who live in the Mountain Time Zone, that meant an 8 a.m. start locally.

"You know, we come from an area of the country where our spring seasons have crazy weather," Alexander said. "We usually start our spring season with snow on the ground and a shovel in our hands. So we have a lot of early-season weather situations, and the kids are kind of used to that.

"But I'll tell you this: That Shelby rain was like nothing that we had ever witnessed. I don't think I've ever seen rain that hard. The grounds crew at the Shelby stadium did a phenomenal job in getting that field ready."

The loss of Randon Hostert to pitch count rules meant Post 56 would resume the title game without a pitcher who was drafted in the 15th round by the Texas Rangers. (Hostert eventually chose to honor his college scholarship and play at the University of Utah.)

"That was kind of a test for us," Alexander said. "And we passed it. They came in that next morning and dealt with what was in front of them."

Andrew Gregersen replaced Hostert on the mound and limited Fargo to five hits and one run as Idaho Falls rallied to take Idaho's historic title; Lewiston had advanced to the 2001 title game and Pocatello lost in the first Legion World Series title game in 1926.

"It was a good group of kids that played well together," Alexander said. "Several of them had played together growing up in club ball or travel baseball over the years. That was kind of an exclamation point and a last hurrah for some of the kids. So to go out that way was a dream come true."

Another perk for their success was in being honored by Major League Baseball before a 2019 World Series game between the Washington Nationals and Houston Astros at Nationals Park in Washington, D.C.

"It definitely made you realize how the American Legion program honors their teams and made the accomplishments all the more special and phenomenal. One of the best parts was the youth camp that we did. To see the boys interact with the young kids was awesome. That was one of my highlights."