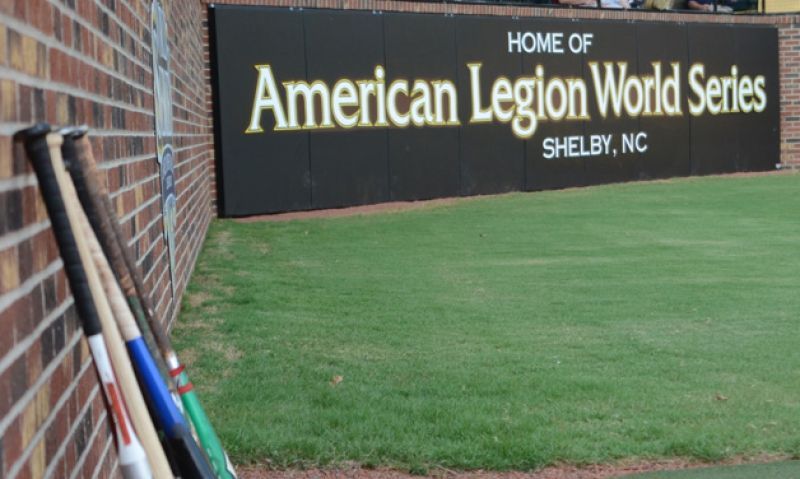 Ten years ago, Shelby, N.C., was selected as the permanent home for The American Legion World Series.

And for those involved with Shelby's pursuit of the event, it will forever be remembered for "the power of orange."

Orange as in the color of the T-shirts approximately 100 workers and volunteers wore for their day-long bus trip to American Legion National Headquarters in Indianapolis in May 2010.

"One of the things that I think helped was the show of support from everybody on those buses," said Judy Gaultney, director of marketing and public relations for the Legion World Series. "Everybody that walked into (the National Executive Committee) room had on those orange T-shirts. Some of the national Legion officials had their backs turned and one of them turned around and was like, 'Oh wow.'

"Many of the groups before us had sent less than a dozen people. And their bid books didn't look anything like ours."

Gaultney says she understood just how impressive Shelby's bid was when one of the NEC members who was set to ask questions of potential host cities didn't have any questions.

"He held up the bid book that we had sent in," Gaultney said. "And he said, 'We don't really have many questions for you all because you answered all of them in this book.' That'll give you some insight on the detail that went into that book."

Legion World Series co-chairmen Eddie Holbrook and Jim Horn (who died in March 2015) were determined to make Shelby's bid as organized as possible.

But national Legion officials looked at how Little League had branded its World Series in Williamsport, Pa. (every event has been played there since 1947) and hoped they could find a suitable place for their championship tournament.

"We had moved in the direction of going to one place," said Jim Quinlan, who served as national director of American Legion baseball from 1986 to 2012. "And we formed a national committee that sought bids to host.

"And there were six cities that sought to be that host. So a committee was selected of past national commanders and people on the Americanism committee to go out and do inspection trips."

Shelby's path to hosting the Legion World Series actually began in 2001 when Holbrook and Horn and many others worked to bring the 2002 Southeast American Legion Baseball regional to Shelby.

The site, Veterans Field at Keeter Stadium, had actually opened in 1976 with the hope that the city could get professional baseball.

But from 1983 to the 2002 regional, the venue had served only as the home field for Shelby High School and Shelby American Legion Post 82 baseball teams.

The city's previous stadium on Sumter Street had hosted national Legion tournaments in 1940, 1946, 1957 and 1958, so Holbrook and Horn knew they had some work to do to get a top Legion event at the complex located behind Shelby High School.

When the 2002 regional and 2004 state tournament went well for Shelby, national Legion officials told Holbrook and members of his staff that Shelby was a candidate to become a permanent home for the Legion World Series.

"The guy who really helped us launch it was Jerry Hedrick from Lexington," Holbrook said of Hedrick, a former National Legion executive committee member who died of a heart attack in 2014 while attending the Legion's National Convention in Charlotte. "He thought we had a great situation and facility and a great organization."

Sperling, of Deland, Fla., took that one step farther.

"He (Sperling) came up to direct the tournament and after we did the regional, he said, 'Eddie, this is a great organization that doesn't need to die. You've got a lot of people involved who are good workers and volunteeers. You need to think about doing the World Series.'" Holbrook said.

"So that laid the groundwork for what would eventually happen."

And prior to the 2008 World Series, the state hadn't hosted that event since the 1945 World Series that was won, ironically, by Shelby Post 82 at Charlotte's Old Griffith Park.

Quinlan says Shelby's plan to land the Legion World Series on a permanent basis included personal touches and attention to the smallest of details.

That is best exhibited by how Shelby Legion World Series officials greeted Quinlan and top Legion baseball officials when they came to make an on-site inspection visit in March 2010.

"We were met at the (Charlotte) airport by a full-sized bus," Quinlan said. "We had a committee of five - past national commander Dave Rehbein, Americanism chairman Richie Anderson, a couple of other people and myself.

"So that was the first time I got to meet Jim and Eddie because they were on that bus. And then they scurried us over to what was then the Holiday Inn Express (in Shelby). And when we got there, here's 30 or 40 people welcoming us to check in to the hotel.

"So we're wowed, flabbergasted and surprised to receive such a reception. As part of the reception, they had huge banners and signs set up to welcome us. Then we had a police escort to the Cleveland Community College auditorium and 300 people were packed in there to meet us.

"Every place we went we saw all of these big welcoming signs. So we're thinking, 'By golly, they did a lot of printing!' Come to find out, they were having a group of volunteers hustle from the Holiday Inn Express over to the ballpark then over to the community college. They only had one set of signs but they were hustling around to make sure we saw those signs."

Holbrook said he felt he had to work that much harder for the bid because he knew he had to sell a town the size of Shelby - population of 20,000 - to the national Legion office.

"The idea of the buses to Indianapolis was because we felt some of the people we were competing with would be very professional Chamber of Commerce presenters," Holbrook said. "So we felt like we would come at it from a different way and try to be a representative of a community that supported this endeavor.

"Jim (Horn) and I discussed at great length many, many times that we can't make this thing go unless the community really buys into it and believes in it because bigger cities could provide more things and financially more than we could. But if the community bought into it then maybe we could offset some of those things with community support and buy-in.

"Philosophically, we still use that. It's a community project that's community-driven and volunteer-driven. And as long as I'm around, it needs to stay that way or it'll lose some of the touch that it has."

Now called Veterans Field at Keeter Stadium, with a seating capacity of 5,500, canopies over much of the seats and a spacious Lowe's World Series headquarters down the right field line, the facility had opened in 1976 with a tiny pressbox, 1,000 seats (most of them on concrete pavement) and no covered seats.

The stadium has undergone more than $6 million in upgrades since 2002, money Holbrook says has been largely raised through donations.

The World Series, which is estimated to bring in $15 million annually to the region, was granted to Shelby in perpetuity in November 2019.