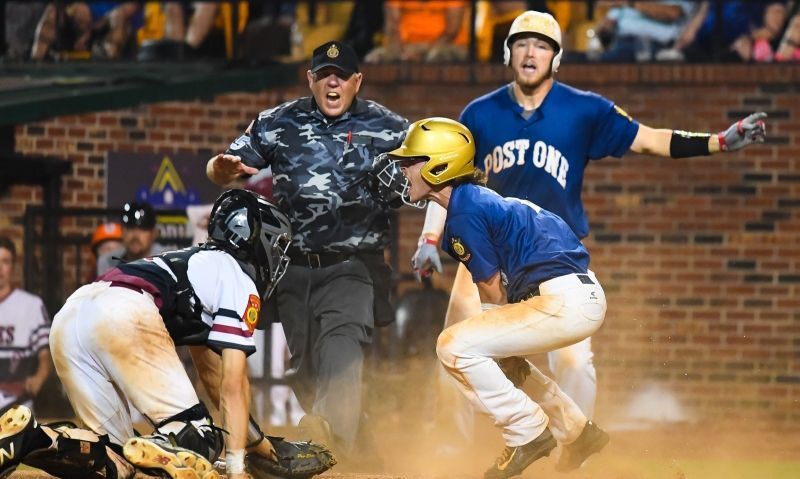 Earlier this month, we looked at longtime American Legion World Series scorekeeper John “J.J.” Guinozzo’s all-time ALWS teams. Now we look at his top ALWS moments chosen from two eras: The one from 1926 to 1971, before he became the official scorer and the era in which he has watched all the games beginning in 1972.

Here's Guinozzo's top moments with notes on what became of the players who created those great ALWS memories.

In one of the first ALWS pitcher's duels, Al Lawler of South Chicago, Ill., outlasted Kirby Higbe of Columbia, S.C., to win the championship game 1-0 in 14 innings. Lawler struck out 17 and Higbe 10 as South Chicago swept the best-of-three ALWS. The 1931 ALWS also was the first to be played at night, at Houston’s Buffalo Stadium.

Higbe went on to become the first American Legion Baseball alumnus to become a prominent major leaguer after signing a free agent contract with the Pittsburgh Pirates in 1932. A 12-year major leaguer for the Chicago Cubs, Philadelphia Phillies, Brooklyn Dodgers, Pirates and New York Giants, Higbe was a 1940 and 1946 National League All-Star who eventually returned to his hometown of Columbia to coach American Legion baseball.

Ted Swed's single on an 0-2 pitch with two outs in bottom of the ninth inning propelled Chicago to a 2-0 sweep of Trenton, N.J., in a 7-6 victory in New Orleans.

Swed would sign a free agent contract with the St. Louis Cardinals in 1935 and spent five seasons in the minor leagues.

San Diego edges Spartanburg, S.C., three games to two, in a 1938 ALWS that was one of the most evenly matched ALWS in history. Including an 8-all tie that was called due to darkness after 14 innings on the first day of the ALWS, San Diego scored 34 runs in the six games to 28 for Spartanburg.

In San Diego's 4-1 clinching victory, Chet Kehn struck out 10, yielded four hits and retired the final eight batters. Kehn signed a free agent contract with the Brooklyn Dodgers in 1939, played in the majors for three games in 1942 and spent nine years in the minor leagues before becoming a manager for two seasons in 1948.

Host Albemarle, N.C., edges San Diego three games to two by overcoming a 2-0 deficit to win another evenly matched ALWS. Albemarle outscored San Diego by a scant 26-24 margin in the five games that came down to the final play.

When San Diego attempted a squeeze play, Albemarle catcher Hoyle Boger called for a pitchout and retired a San Diego baserunner for the final out of a 9-8 series-clinching victory. Boger would sign a free agent contract in 1942 with the Chicago White Sox and spent eight years in the minors for the White Sox and the Cleveland Indians.

Gus Riordan of New Orleans limited Trenton, N.J., to a pair of singles in a 3-1 championship game victory in the 1946 ALWS played in Charleston, S.C. New Orleans' victory was its fourth straight in the four-team, double-elimination tournament after Los Angeles had shutout the Louisiana champion 6-0 in the first game of the event.

Riordan would go on to pitch one season of Class C baseball with a 5-5 record and 4.61 ERA in 19 appearances.

Terry Dan's perfect bunt on an 0-2 count scored Charlie Blanchard in the top of the ninth inning as Memphis, Tenn., became the first-ever ALWS champion from Tennessee in a 4-3 win over Klamath Falls, Ore., in Manchester, N.H.

The victory helped legendary coach Tony Gagliano to his first and only ALWS title after he had guided Post 1 to 18 state titles and six ALWS appearances in 20 years. Winning pitcher Ross Grimsley had earlier in the inning bunted Blanchard.

Edina, Minn., scored three times in the eighth inning and twice in the ninth to rally past defending national champion Boyertown, Pa., 5-4, in Fargo, N.D.

The tying and winning run came in when two Boyertown outfielders collided pursuing a fly ball in the top of the ninth.

Edina pitcher Rob Wassenaar picked up a save with a scoreless bottom of the ninth inning. Wassenaar went on to pitch at Stanford, winning a College World Series title in 1987, and spent seven years in the minors after being chosen in the 21st round of the 1987 draft by the California Angels.

Pinch-runner Teofilo Serra of Guaynabo, P.R., scored the winning run after Jorge Hernandez drew a bases-loaded walk to complete a two-out, two-run rally in the bottom of the ninth for a 7-6 win over Brooklawn, N.J., in New Orleans, La.

Guaynabo had beaten Brooklawn 5-2 earlier in the day.

Sanford trailed 8-2 but rallied as Tim Raines Jr., hit two home runs in a seven-run sixth inning. Raines was chosen in the sixth round of the 1998 draft by the Baltimore Orioles and spent three seasons in the major leagues and 12 years in the minors.

Pitching-hitting standout Scott Brown led Portland to its title by hitting .417 with 14 RBIs and going 1-0 with one save in regional and World Series competition. Brown was coming off his freshman year at the University of Rhode Island, where he finished his four-year career in 2007 in the top 10 in school history in career games (206), career hits (230), at-bats (786), doubles (41) and total bases (316).

The first Oklahoma ALWS championship came in dramatic and unusual fashion as Enid, Okla., edged Pasco, Wash., 7-6, as Tyler Fleming scored on a walkoff balk in the bottom of the ninth inning in Rapid City, S.D.

Fleming was drafted twice out of Cowley County Community College in Arkansas City, Kan., in 2006 and 2007 before spending three years playing at Wichita State.

One year after falling twice on the final day of the 2010 ALWS in Spokane, Wash., Eden Prairie, Minn., rallied from a 4-0 first-inning deficit to force extra innings, then scored in the top of the 13th inning for a 5-4 victory for the 2011 ALWS title over Tupelo, Miss., in Shelby, N.C.

Blake Schmit, who won the 2010 ALWS Sportsmanship Award, was named 2011 player of the year. Schmit played in the 2011 and 2012 National Junior College Athletic Association World Series for Des Moines, Iowa, Area Community College and helped Maryland to the 2014 NCAA tournament during his two-year career with the Terrapins. Schmit then spent two years in the minor leagues after being chosen in the 26th round of the 2014 draft by the Minnesota Twins.

After Nick Myers and Parker Ribble had two-run hits in the top of the 12th, winning pitcher Austin Cross snagged a hard bouncer before retiring the final out of the game after Rowan County had scored twice and loaded the bases in the bottom of the inning.

A capacity crowd of 8,350 saw probably the most dramatic finish in ALWS history as Wilmington became the first Delaware ALWS champion when it won 1-0 over Las Vegas with a walkoff hit in the bottom of the eighth inning.

Mike Cautillo led off the winning rally by drawing a walk, then moved to second on a sacrifice bunt by winning pitcher Chris Ludman and scored on Austin Colmery's game-winning single.