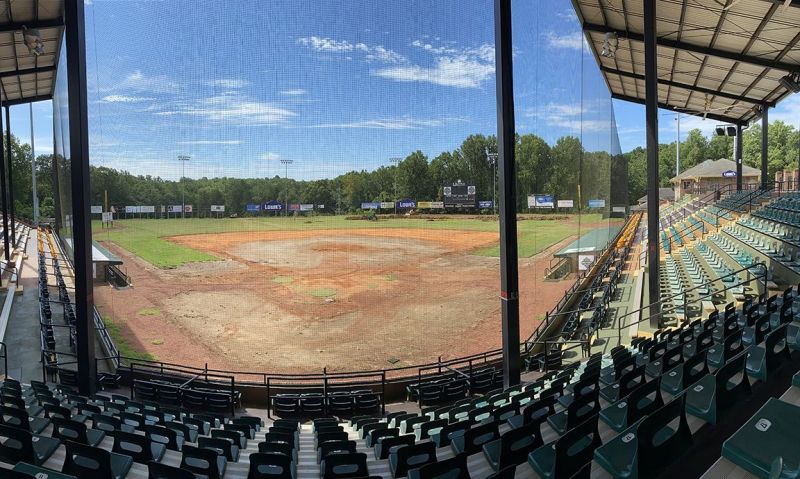 The coronavirus pandemic may have cancelled the 2020 American Legion World Series in Shelby, N.C.

That hasn't stopped ALWS Turf and Stadium committee chairperson John Brooks from giving the site of the permanent home of the event needed upgrades and improvements.

Veterans Field at Keeter Stadium is undergoing a $400,000 upgrade.

The enhancements, which have been paid for by several generous contributions to the Shelby ALWS, began in May.

"It's as much of an upgrade for that field as has been done since it was first built," Brooks said. "Unfortunately, the pandemic cost us this year's World Series but it has given us all the time we need to make these improvements."

The upgrades include laser-grading of the entire field, new Bermuda sod for the field and bullpen, a sophisticated irrigation and underground drainage system, a new pitcher's mound, a new batter's box, new dirt in the infield, dirt baselines to the outfield grass, new walkups to the batters' boxes from the dugouts, dirt in the on-deck circle, a warning track with brick dust and new outfield and bullpen fencing that will include new signage and metal supports.

"The field is getting a complete remake," ALWS chairman Eddie Holbrook said. "Our goal is to make it the equal of a major college, Division I, ACC-level playing facility."

The enhancements are just another example of how a facility that opened in 1976 has and will continue to improve.

After hosting the North Carolina American Legion state tournament in 2004, it hosted the Southeast Regional and American Legion World Series in 2008 before becoming the permanent host of the ALWS in 2011.

Beginning in 2008, when seating capacity was 3,000, until now with capacity at 5,500, upgrades and enhancements have been made to the facility each year.

Here are the highlights:

Brooks said engineering planning and environmental work on the upgraded field began last winter and the process should be completed soon.

“The only thing we've got to worry about now is getting the grass and sod back on the field and established before winter sets in," Brooks said. "So far, we haven't had any kind of major technical issues with the field.

"It should be better than it's ever been."

Holbrook said the facility got worn down in the winter, spring and summer of 2019 due to high school, college and American Legion baseball games played on the field; Big South Conference member Gardner-Webb University of nearby Boiling Springs, N.C., made Veterans Field at Keeter Stadium its home venue when its facility wasn't ready in 2019.

"We had been putting Band-Aids on the field for years," Holbrook said. "Since we've had the World Series, we've probably had to raise $25,000 to $30,000 every year to make the fields playable and up to the standards we wanted.

"This was the perfect time to do it for us and should make the event even more enjoyable for the players, coaches and fans."