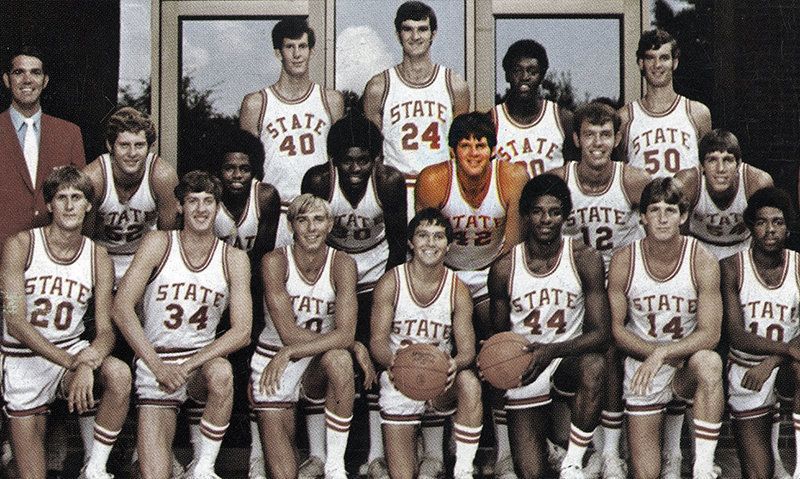 It would be hard to imagine a better athletic life that the one enjoyed by current North Central College baseball assistant coach Tim Stoddard.

A member of basketball teams some consider the best in the rich histories of Indiana high school basketball and Atlantic Coast Conference college basketball, Stoddard also spent 13 years as a major league pitcher and won a World Series title.

And for Stoddard, 67, top level competition started for him when he played four years of American Legion Baseball for East Chicago, Ind., Post 369.

“It’s nice to be remembered,” said Stoddard, a 1983 World Series champion pitcher for the Baltimore Orioles, 1974 NCAA basketball champion forward for N.C. State and 1971 Indiana state basketball champion for East Chicago Washington High School. “But it’s team sports and one thing I’ve always made a point of is that it’s great when you’ve got great teammates.

“That’s certainly been true for me. I wouldn’t have accomplished all that I’ve done without great teammates and tremendous players.”

According to Stoddard, his introduction to top athletic competition came in the summer of 1967 and involved simply wearing metal cleats.

“When I was growing up, the biggest thing for me was going through the baseball leagues,” Stoddard said. “I went from Little League to Babe Ruth League and they used rubber cleats and had some different rules. When you went to the Legion program, what I remember most was being able to wear metal cleats.”

Stoddard also remembers playing at E.J. Block Stadium, a facility that opened in 1942 and served as homefield for his high school and American Legion teams.

“We had a nice ballpark to play in with lights and a good facility,” Stoddard said. “In Legion baseball, you’re always playing a competitive schedule and against competitive, often older players. It helps you develop your skills. I always liked playing the best competition and I always thought that was a factor in developing my talent.”

Less than a year later, Stoddard and Trgovich and the Washington High basketball team set history and created memories that last to this day.

Nicknamed the Senators, Washington High finished the 1970-71 season with a perfect 29-0 overall record while averaging 91.1 points per game and had a roster that included five eventual major college players and eight overall collegians.

Molodet, whose brother Vic was a three-time All-ACC selection at N.C. State in the 1950s, said this after the 70-60 state title victory over Elkhart:

“I can’t think of a team I’ve seen whose kids work better together and do more things so well when we need it. You’re not gonna find another ballclub like that. All five (starters) in double figures and going Division I. It’s unreal and the people who don’t believe it are just jealous.

“These kids deserve everything they got comin’ because I think they’re that good.”

Washington High had lost in the 1969 and 1970 sectional finals to crosstown rival Roosevelt High. Those near misses simply provided motivation for the Senators during the 1970-71 season.

“You feel pretty proud to be associated with a team that’s considered to be one of the top teams,” said Stoddard, who was the team’s 6-foot-7 center. “There’s been a lot of great teams and great players in Indiana over the years. To have a team that scored the amount of points we scored without 3-pointers and no shot clock is pretty special.”

“It was fun playing for Sam,” Stoddard said. “He was a great coach who taught me a whole lot about baseball and, really, everything.”

What he didn’t know is that he’d become a part of arguably the greatest era in school history because of fellow freshman recruit David Thompson and 7-foot-2 center Tommy Burleson.

Thompson, considered by most to be the greatest player in ACC history, was a three-time ACC player of the year and led the Wolfpack to a perfect season in 1972-73, the NCAA title in 1973-74 and an ACC tournament runner-up finish in 1974-75. A nine-year ABA/NBA player, Thompson was a five-time pro All-Star and the only player to win MVP honors in the ABA and NBA All-Star games.

“When I got to Raleigh, I first remember Tommy Burleson,” Stoddard said. “He was sitting down and he stood up and he was 7-foot-2. I’d always been a tall guy and I’m looking up.

“Then I met David and watched him play and saw how good he was and the rest is sort of history. All we had to do was to play our roles. Everything went around those two and then with Monte being the ideal point guard and floor leader for us.”

Stoddard played for N.C. State during arguably the greatest era in ACC basketball history. Thompson and Maryland’s John Lucas were the No. 1 overall picks in the NBA draft in 1975 and 1976, respectively. Nineteen eventual NBA players played in the seven-team league from 1973 to 1975, among them Tree Rollins from Clemson, Len Elmore and Tom McMillen from Maryland, Walter Davis, Phil Ford and Mitch Kupchak from North Carolina and Gus Gerard and Wally Walker from Virginia.

Just to advance to the NCAA tournament, N.C. State had to beat Maryland 103-100 in overtime in the ACC championship game in an era when only the league’s tournament title winner advanced to the NCAAs.

“You know, Maryland was one of the top teams in the country and you knew what you were playing against and how well you had to play to win those games,” Stoddard said. “Sometimes, when you’re playing a game like that, when you look back on it and feel very lucky to have successful enough to survive that. I think you appreciate them a whole lot more when you look back on that.”

On the baseball field, Stoddard didn’t get a single full season because of the basketball team’s success.

“The tough part for me was not getting to practice a whole lot of baseball,” Stoddard said. “When basketball was done, I’d head out there and they were already playing.

“I remember Clemson being the power in the conference all the time. And we had to find a way to get through them to go to the regionals. We somehow managed to do that.”

Clemson’s Denny Walling had the longest major league career (17 years) of the ACC players in that era.

To the major leagues

Stoddard had been drafted in the 25th round by the Texas Rangers in the June 1974 major league draft but chose to stay in school. Even after being a second-round selection in the January 1975 secondary phase by the Chicago White Sox, Stoddard remained in school.

But after N.C. State went 2-2 in a 1975 NCAA regional in Columbia, S.C., he met with White Sox team officials and decided to focus all his attention on baseball.

“We met and talked and it sounded like a pretty decent scenario for me,” Stoddard said. “I knew in basketball some teams were interested in taking me but I did know I wasn’t much of a scorer and didn’t know how much of a chance I’d have.

“In baseball, I felt I could play a little bit longer and I got lucky and made a good choice.”

Highlighting his career were a 1983 World Series title and 1979 American League title with the Baltimore Orioles and a 1984 National League East Division title with the Chicago Cubs. Stoddard also played for the White Sox, San Diego Padres, New York Yankees and Cleveland Indians.

“It always hurts when you lose, especially in 1979,” Stoddard said. “But you always know that you were playing a good team with some really good players. It was disappointing because we were leading that series (three games to one) and Pittsburgh came back and took it from us.

“But there’s great players that never get to play in the World Series. To be fortunate enough to play in two World Series and win one of them makes you feel privileged and lucky.”

In 1995, Stoddard’s two-sport fame got another boost when fellow East Chicago Washington High alumnus Kenny Lofton matched one of Stoddard’s feats — to this day, Stoddard and Lofton are the only athletes to have played in a NCAA basketball Final Four and in a Major League World Series. (Lofton played basketball for Arizona and helped the Cleveland Indians to their first World Series in 41 years in 1995.)

“It’s always nice because it’s always brought up during the World Series and March Madness time,” Stoddard said of his connection to Lofton.

After leaving the major leagues following the 1989 season, Stoddard was a pitching coach at Northwestern University for 22 years, helping 19 of his pitchers to become major league draft picks. Two of those players — Mike Koplove and J.A. Happ — eventually made the major leagues.

Stoddard has been at NCAA Division II North Central College in Naperville, Ill., as a pitching coach since 2016.

“It’s been rewarding that you can share part of your life and tell people some things that could help them realize their dreams,” Stoddard said. “I’ve been fortunate to work with some people and learn the trade and I’ve been blessed to work with some guys that have made the big leagues.

“I’ve always thought it was a privilege to coach these kids and share part of my life. It always feels good that what I accomplished in the past can help those players.”