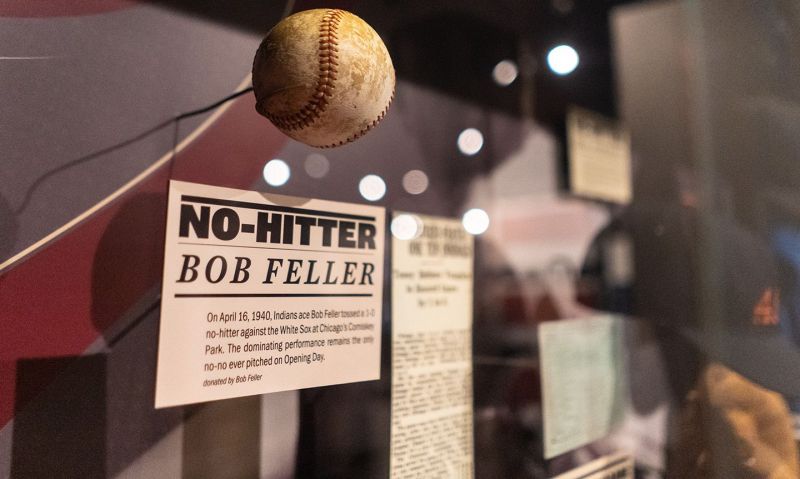 Virtually everyone who has ever played baseball dreams of one day being inducted into the National Baseball Hall of Fame and Museum in Cooperstown, N.Y.

The first American Legion Baseball alumnus, Bob Feller, was inducted in 1962. And the 82nd is Ted Simmons, whose 2020 induction ceremony was moved to 2021 due to the coronavirus pandemic.

American Legion Baseball began in 1926 and has been played in all 50 states, the District of Columbia, Panama and Puerto Rico.

Of those 53 baseball-playing departments, 31 of them have been represented at Cooperstown.

Which state has the most members?

It's California — and it's not close.

Twenty-four former American Legion Baseball players have been inducted into the Hall of Fame, including the only two American Legion World Series champions who eventually were inducted in Cooperstown: George "Sparky" Anderson and Rollie Fingers.

Anderson was an infielder for Los Angeles Post 715, which downed White Plains, N.Y., Post 135 by an 11-7 score in front of 4,135 fans at then-named Briggs Stadium in Detroit.

Ironically, Anderson would later return to the same venue (it was renamed Tiger Stadium in 1961) and guide the Detroit Tigers as manager for 17 seasons. That included a 1984 World Series championship.

Fingers was a pitcher-outfielder for Upland Post 73 and earned MVP honors in the 1964 American Legion World Series in Little Rock, Ark. Fingers beat runner-up Charlotte, N.C., Post 9 twice in the eight-team, double-elimination tournament that season, firing a three-hitter in a 3-1 win in their first meeting, then throwing a two-hitter in a 3-1 victory in the championship game.

In national American Legion Baseball competition that summer, Fingers had a 3-1 pitching record and .450 batting average that also earned him the Louisville Slugger Award.

Ten years later, when Fingers earned one pitching victory and two saves in four relief appearances, he earned MVP honors in the Oakland Athletics' four games to one 1974 World Series victory over the Los Angeles Dodgers.

Fingers is the only player in baseball history to earn MVP honors in the American Legion World Series and Major League Baseball World Series.

In second place behind California in producing Hall of Fame American Legion Baseball talent is Pennsylvania with seven inductees, followed by Florida with five and Illinois with four.

Nine other eventual Hall of Famers helped their American Legion Baseball teams to state championships during their careers.

As one might expect, Newhouser was hardly the only American Legion Hall of Famer to dominate during his career.

Don Drysdale, who became a record-setting pitcher in the major leagues, hit .394 as a second baseman for Van Nuys, Calif., in 1952.

Johnny Bench, who became a 14-time All-Star catcher in the major leagues, once threw a no-hitter for Anadarko, Okla., in a 1964 game against Norman, Okla.

Tom Seaver, who threw a major league no-hitter in 1978 during a career in which he won three Cy Young Awards, fired a 28-batter, no-hitter for Fresno, Calif., in 1962 against Hanford, Calif.

Winfield, the only athlete to be drafted by three major sports (baseball, basketball and football), was named MVP of the 1968 Minnesota state tournament after hitting .500 with two home runs and eight RBIs and pitching seven scoreless innings for a pitching victory.

Ryne Sandberg of Spokane, Wash., was named his league's MVP in 1977 after hitting .457 for a District IV runner-up team.

Jim Thome hit .450 for runner-up Bartonville, Ill., in the 1988 Central Plains Regional. Bartonville had qualified for the regional as the Illinois state runner-up.

Four others had interesting paths during their American Legion Hall of Fame careers.

After playing basketball and baseball at Omaha's Creighton University, Gibson briefly played with the barnstorming Harlem Globetrotters before signing his professional baseball contract with the St. Louis Cardinals.

Carlton Fisk grew up living near the New Hampshire/Vermont state line and played for two Legion teams — Claremont, N.H., in 1964 and Bellows Falls, Vt., in 1965. He was MVP of the 1965 Vermont state tournament while leading Bellow Falls to a runner-up finish.

Like Gibson, Fisk was a basketball standout who played for the University of New Hampshire before giving up the sport after he was a first-round pick of the Boston Red Sox in 1967.

The Red Sox had to talk Jim Rice of Anderson, S.C., out of a different sport to sign him after he was a 1971 first-round draft pick.

Finally, one of North Carolina's three Hall of Famers, Gaylord Perry of Williamston, ended up coaching American Legion Baseball for Shelby Post 82 at the very stadium where the American Legion World Series is currently held. Perry coached Post 82 in 1987 — or shortly after he helped start the baseball program at Limestone College (now University) in nearby Gaffney, S.C.

Perry, who chose a professional baseball career after receiving several offers to play college basketball, coached at Limestone from 1987 to 1991.

(listed by state, year of induction and American Legion team)