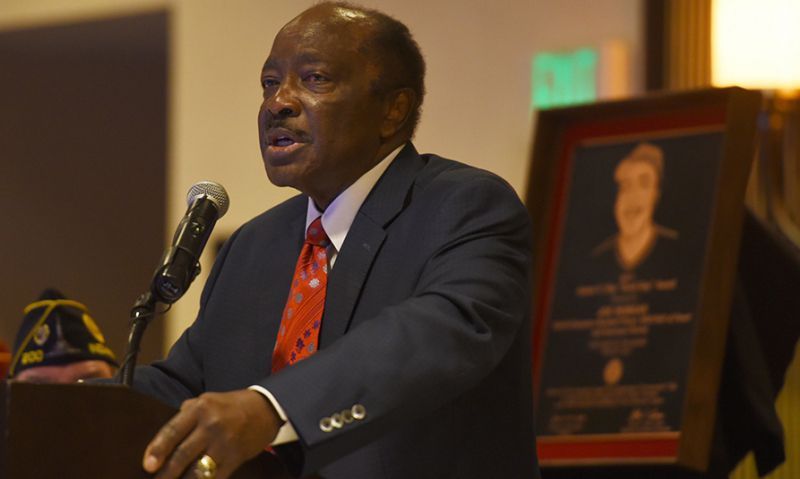 Morgan played 22 seasons in the major leagues, most notably in Cincinnati, where he and the Reds won two World Series titles as the “Big Red Machine.” The second baseman began his career in Houston but was traded to the Reds after the 1971 season as part of an eight-player trade. He led the majors with 122 runs scored in 1972, which ended with the Reds losing to Oakland in seven games in the World Series.

The Reds would beat Boston in seven games in the 1975 World Series, with Morgan’s single breaking a tie with two outs in the ninth inning of Game 7, then repeat with a sweep of the New York Yankees in the 1976 World Series.

Morgan was the National League’s Most Valuable Player in 1975 and ’76, and was a 10-time All-Star and five-time Gold Glove winner. He rejoined the Astros as a free agent for one season, in 1980, and followed that with stints in San Francisco, Philadelphia and Oakland. In his one season in Philadelphia, he and former Cincinnati teammates Pete Rose and Tony Perez helped the Phillies reach the World Series, where they lost in five games to Baltimore.

“I think The American Legion helped me advance because it was better than Babe Ruth League and every step I went to a higher league and I was playing against better players. And it helped me progress,” Morgan said after receiving the Good Guy Award.

He added, “You know, I said this when they put my sculpture in Cincinnati, that you get in the Hall of Fame because you have numbers and you do things that warrant you being a Hall of Famer. But when they put a statue of you in front of a stadium it means that you were more than just a player. And anytime someone recognizes that I wasn’t just a baseball player, it’s important to me. So it’s important from that perspective. And it’s important from some of the people that you already honored. You’ve honored some of the greatest athletes and some of the greatest people in this country. So I feel honored to be one of them.”