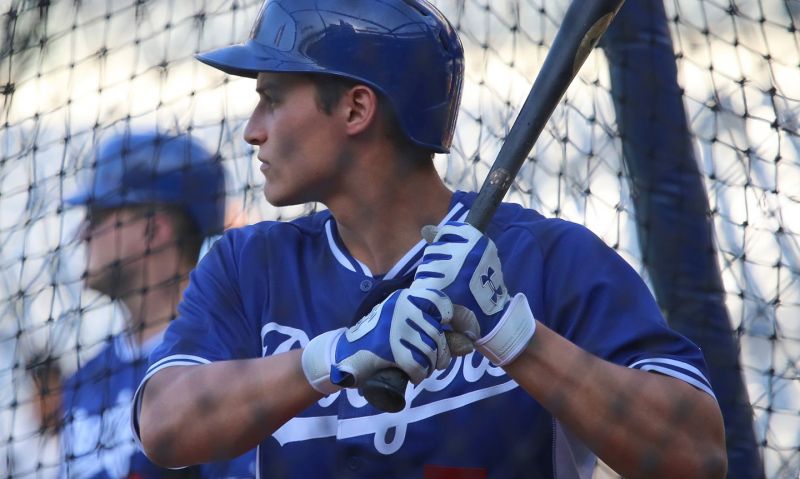 Eight players — all National Leaguers — have been named MVP of both the League Championship Series and World Series in the same season. And three of those have been American Legion Baseball alumni.

Corey Seager (Post 115, Kannapolis, N.C.) joined the elite club on Oct. 27 after his Los Angeles Dodgers defeated the Tampa Bay Rays in six games to win the 2020 World Series. Seager batted .400 in the World Series, with a .556 on-base percentage, scoring seven runs and driving in five. He also homered twice and stole a base in the series as the Dodgers won the seventh title in franchise history and first since 1988.

Seager won the NLCS MVP award after setting NLCS records with five home runs and 11 RBI as the Dodgers rallied from a 3-1 series deficit to defeat the Atlanta Braves. Seager finished the 2020 playoffs with 20 RBI, one shy of the record for one postseason — St. Louis’ David Freese had 21 RBI in the 2011 playoffs, when he also was MVP of both the NLCS and World Series.

The Dodgers shortstop is the first double-MVP since Madison Bumgarner, another ALB alum, accomplished the feat in 2014. Bumgarner (Post 29, Caldwell County, N.C.) helped the San Francisco Giants to their third World Series title in five seasons that year. He allowed just three runs in 15 2/3 innings in the Giants’ five-game victory over St. Louis in the NLCS, then won twice and earned the save in Game 7 of the World Series against the Kansas City Royals. Bumgarner allowed just one run in 21 innings against the Royals.

Hall of Famer Willie Stargell (Alameda, Calif.) was National League MVP, NLCS MVP and World Series MVP in 1979, when his Pittsburgh Pirates defeated the Baltimore Orioles in seven games. Stargell hit three home runs and drove in seven runs against the Orioles after a two-homer, six-RBI performance in Pittsburgh’s sweep of Cincinnati in the NLCS.