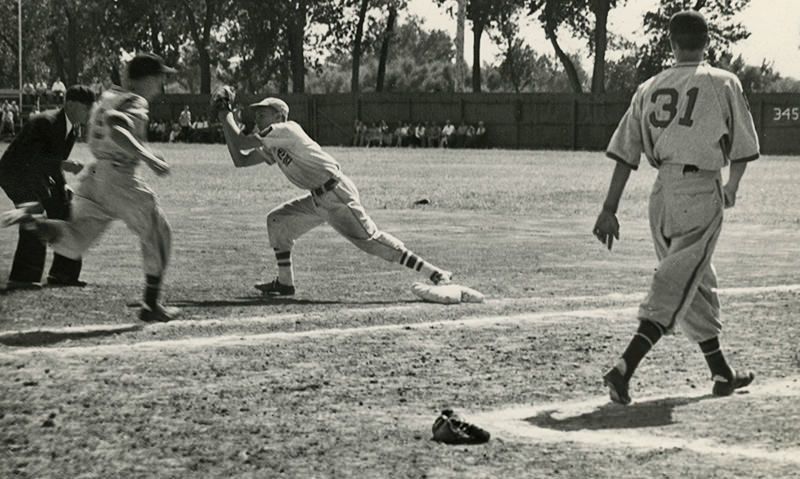 Since the format has been used since 1960, it's understandable that many feel that way.

But arriving at that format took some twists and turns — and even the current format has been tweaked a few times since it started.

In 1926, when American Legion Baseball began, only 16 states participated in national competition.

That actually made it easy to whittle the field down to four teams for the first American Legion World Series at brand new Sequicentennial Stadium in Philadelphia (later renamed John F. Kennedy Stadium).

The event was held during the Oct. 11-13 American Legion National Convention and came one month after the stadium hosted 120,557 fans as Gene Tunney upset champion Jack Dempsey for the world heavyweight boxing title.

After no national tournament was held in 1927, 29 states competed for the 1928 championship. Over the years, more states joined in to compete for the title.

The host of the event also changed as attendance slipped until one of the two participants would host the event, beginning with Gastonia, N.C., in 1935.

After 28,900 attended Gastonia's three-game sweep of Sacramento, Calif., in 1935, an attendance record of 60,000 was set in Spartanburg, S.C., in 1936 as local fans celebrated the host team's three games to two series victory over Los Angeles.

That attendance record stood until 2011 when Shelby, N.C., was in its first season as the permanent host.

Once the four-team double-elimination format was adopted in 1943, the format was starting to move toward the current format as cities made bids to host the American Legion World Series.

Winners of four-team regionals would advance to sectionals, also consisting of four teams, with those winners advancing to the ALWS.

Cross country trips were the norm.

For example, on its way to a 1954 national runner-up finish, Gastonia, N.C., hosted and won a four-team regional before winning a four-team sectional in Ponchatoula, La., then headed to the American Legion World Series in Yakima, Wash.

Finally, in 1960, the current eight-regional concept was first used.

There were some tweaks in that format as some regionals would have fields of six, seven, eight or nine teams until adopting the eight-team regional format for good in 1971.

From 1960 to 1966, host teams weren't guaranteed a spot in the regional field as 50 or 51 teams competed in the national American Legion Baseball playoffs.

Since 1967, all eight host cities have been guaranteed a team in the regionals — and some of them have parlayed that into ALWS appearances.

While Brooklawn, N.J., would've qualified for the Mid-Atlantic Regional in 2013 and 2014 as a state champion, it was the host team and won Mid-Atlantic regional titles on its way to becoming the last back-to-back ALWS champion.

In fact, in 1969 and 1970, the 65-team fields remain the largest in national American Legion Baseball playoffs.

Finally, in 1982, the 64-team model that has been used ever since was adopted.