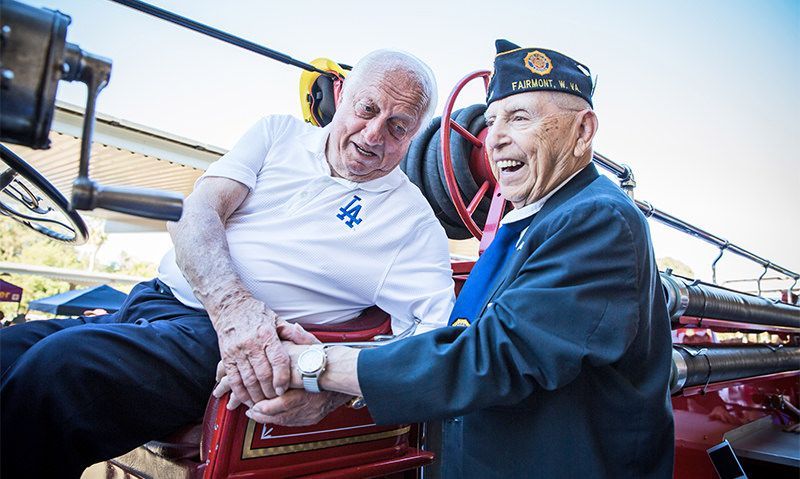 The nation’s largest veterans organization paid tribute today to Tommy Lasorda, the legendary Hall of Fame manager for the Los Angeles Dodgers, Army veteran and Legionnaire who died Jan. 7 at 93.

“Tommy Lasorda didn’t just bleed Dodger blue – he bled red, white and blue,” American Legion National Commander James W. “Bill” Oxford said. “As a faithful ally in our efforts to protect the U.S. flag from desecration, Tommy always summed it up the best: ‘Speech is when you talk.’ He will be remembered as one of the greatest personalities in baseball, as well as a patriot. We are grateful to have had him among the Legion’s ranks.”

During his 20 years as manager of the Dodgers, Lasorda won two World Championships, four National League pennants and eight division titles. He was inducted into the National Baseball Hall of Fame in 1997.

In 1998, Lasorda testified in support of a proposed constitutional amendment that would return to Congress the right to prohibit desecration of the U.S. flag.

A member of American Legion Post 227 in Tustin, Calif., Lasorda served in the Army from 1945 to 1947, putting his baseball career on hold. He received the American Legion Past Department Commanders Club James V. Day “Good Guy” Award in 1999.