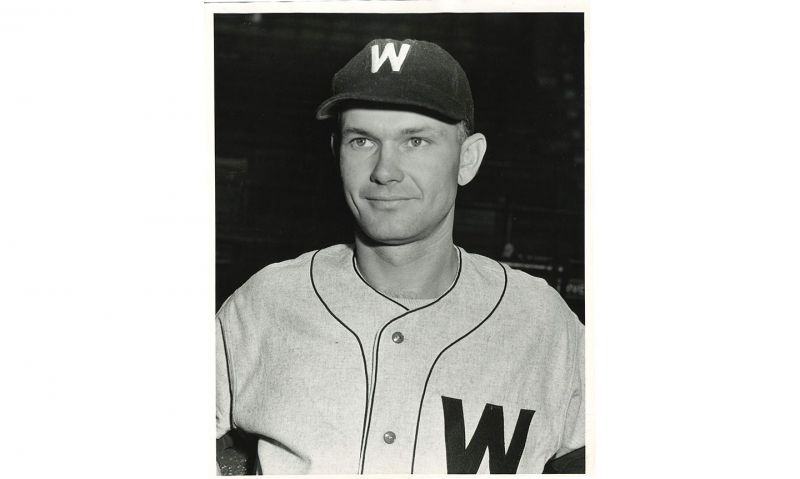 J.K. “Buddy” Lewis became North Carolina's first American Legion Baseball alumnus to play in the major leagues when he broke in for the Washington Senators on Sept. 16, 1935.

Before Shelby, N.C., became the permanent home of the American Legion World Series with the 2011 ALWS, the state of North Carolina had been a frequent host of national American Legion Baseball tournaments, including the ALWS four times.

Including Shelby's first American Legion World Series in 2008, nine ALWS champions were crowned during or after having playing in national American Legion Baseball events in the state.

Raleigh Post 1 has dual prominence in firsts in state legion history. Not only did it win the state's first title in 1929, it was the first in North Carolina to host a national ALB tournament that summer.

Gastonia became the second city to host a national ALB tournament in 1930 and later became the state's first American Legion World Series champion in 1935. The old Gastonia High School stadium was the site of both events.

Among the other standouts who played in tournaments held in North Carolina before 2011 were two national players of the year and 14 statistical award winners for exceptional player in national ALB tournaments.

Two players won the George Rulon Player of the Year Award: Jim Harwell of New Orleans in 1956 and Jeff Malm of Las Vegas in 2008. Harwell was a sectional champion in Gastonia and Malm led Las Vegas to the American Legion World Series title in Shelby.

Cade Lynch of Jonesboro, Ark., won the Bob Feller Pitching Award for most strikeouts in 2008.

And two players won the Rawlings Big Stick Award for most RBIs: Ricardo Otero of Bayamon, P.R., in 1990 and Josh Sowell of Dothan, Ala., in 2002.

Of those award-winners, only Otero made the major leagues.

A top hitter and pitcher who won most valuable player honors in the 1990 Southeast Regional played at Cherryville's Fraley Field, Otero spent three years in the majors as an outfielder for the New York Mets (1995) and Philadelphia Phillies (1996-97).

That Bayamon, P.R., team, that finished as 1990 Legion World Series runner-up to Mayo, Md., also spawned the first of a family of three major league catchers.

Bengie Molina, who had just turned 16 the month before the 1990 regional in Cherryville, had a 13-year major league career with five teams. His younger brothers, Jose and Yadier, have had even longer careers as catchers at 15 and 17 years, respectively.

Among the other eventual major leaguers who played in national ALB tournaments in North Carolina are the state’s first American Legion Baseball alumnus to play in the big leagues, a player immortalized in Hollywood well after his playing career ended, a world championship-winning player and coach, three other future major league All-Stars and two eventual NFL stars.

J.K. “Buddy” Lewis became North Carolina's first American Legion Baseball alumnus to play in the major leagues when he broke in for the Washington Senators on Sept. 16, 1935. A 1933 graduate of Lowell High School, Lewis was a standout for Gastonia Post 23 from 1931 to 1933, helping Gastonia win the 1933 sectional it hosted. A major league All-Star in 1938 and 1947, Lewis played in 1,349 games over his 11-year career, which was interrupted by World War II military service (1942-44). Later, Lewis returned to his hometown where he served as an American Legion Baseball coach and a regional commissioner.

Lawrence “Crash” Davis was the inspiration for the character played by Kevin Costner in 1988’s “Bull Durham.” The real Davis was a two-year Gastonia Post 23 ALB standout who played shortstop for the 1935 American Legion World Series champion, played three years at Duke University and spent three years in the major leagues for the Philadelphia Athletics (1940-42). Davis also eventually returned to his hometown to coach Gastonia to a 1954 American Legion World Series runner-up finish.

Howie Pollet led his 1937 New Orleans, La., team to a sectional title in Charlotte before his team finished as national runner-up to East Lynn, Mass. Despite missing parts of three seasons due to World War II military service, Pollet spent 14 years in the major leagues as a standout pitcher who was a three-time All-Star and helped the St. Louis Cardinals to 1942 and 1946 world championships. He eventually returned to the major leagues as a coach and picked up a third world championship title with the Cardinals in 1964.

Hall helped Gastonia to a 1954 American Legion World Series runner-up finish after winning the regional on its homefield. He was an eight-year major leaguer who made the 1964 and 1965 All-Star games for the Minnesota Twins.

McCarver, who helped Memphis to back-to-back ALB regional titles in 1957 and 1958, had a 21-year major league career that included two All-Star appearances (1966 and 1967) and two world championships (1964 and 1967) with the St. Louis Cardinals. McCarver also may best be known for his career as a baseball announcer.

And Baerga, who was MVP for a 1985 Southeast Regional tournament held in Cherryville, had a 14-year major league career that include three All-Star appearances (1992, 1993 and 1995) for the Cleveland Indians.

The eventual football stars that also were baseball standouts were Roman Gabriel of Wilmington, N.C., and Ken Willard of Richmond, Va.

Gabriel, who helped Wilmington to a regional title that it hosted in 1956, was a two-time All-American and ACC player of the year at N.C. State before having greater success in the NFL as a 16-year quarterback. The No. 2 overall draft pick of the Los Angeles Rams in 1962, Gabriel was NFL MVP in 1969 and a Pro Bowl selection in 1967, 1968 and 1969 for the Rams and in 1973 for the Philadelphia Eagles.

Willard, who helped Richmond to a third-place finish in a 1958 regional held in Shelby, turned down a Boston Red Sox free agent contract to play football and baseball at the University of North Carolina. The No. 2 overall draft pick of the San Francisco 49ers in 1965, Willard was an All-ACC running back in football and All-ACC outfielder in baseball who played 10 years in the NFL for the 49ers and St. Louis Cardinals.