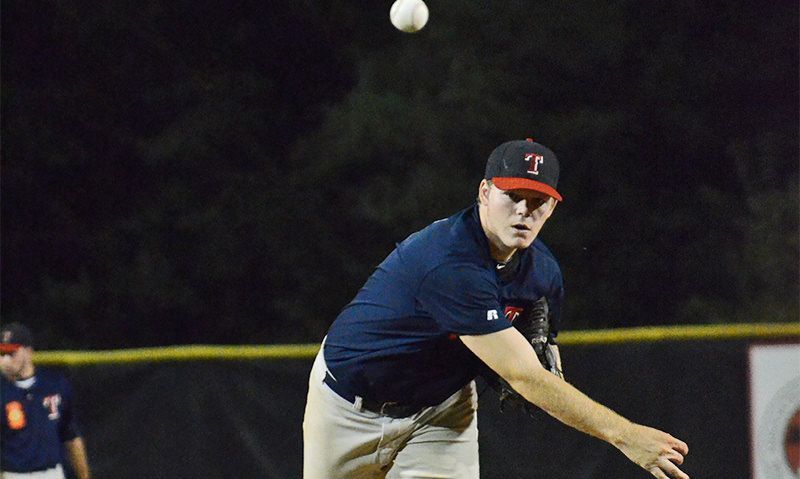 As Shelby, N.C., prepares to host its 10th straight American Legion World Series and 11th overall, who are the best players to have ever played at the city's Veterans Field at Keeter Stadium?

It all depends on your point of view.

Is your criteria determined by which player was the most dominant when he played in Shelby?

Or is it some combination of the two?

With that in mind, here's a look at some of the best who have played in Shelby.

Statistical numbers can help determine the most dominant players to have ever played in Shelby.

The top run producer is 2011 Eden Prairie, Minn., standout Blake Schmit, who drove in 18 runs in regional and ALWS competition.

The top total base producer is also from the 2011 Eden Prairie, Minn., team, as Tony Skjefte accounted for 45 total bases in regional and ALWS competition.

And the top strikeout pitcher is 2011 Midland, Mich., standout Colton Loomis, who struck out 35 batters in regional and ALWS competition.

Another measure of dominance is being a multi-award winner. Seven players have accomplished that feat in Shelby.

And in 2019, record-setting average hitter Franklin also led in RBIs (15).

Entering this season, 79 players have played professional baseball after being on the roster of Shelby American Legion World Series participating teams.

Eleven of those have played in the major leagues, including 2019 Major League All-Star Brandon Woodruff.

A 2011 all-tournament performer for runner-up Tupelo, Miss., Woodruff also helped Mississippi State to a runner-up finish in the 2013 College World Series to UCLA before starting his professional career in 2014.

A 14th-round pick of the Milwaukee Brewers, Woodruff pitched in four levels of minor league baseball before being promoted to the big leagues in 2017. A member of the Brewers' National League runner-up team in 2018, he went 11-3 with a 3.62 ERA in 22 starts in 2019 and was named to the All-Star team.

Mike Shawaryn, the 2013 strikeout leader (33) for the Brooklawn, N.J., title team, set history at the University of Maryland before advancing through the Boston Red Sox system after they chose him in the fifth round of the 2016 draft.

Shawaryn set Maryland school records for wins (30), strikeouts (307) and innings pitched (307 1-3) in addition to leading the Terrapins to two straight NCAA tournament appearances in 2014 and 2015 that were the school's first since 1970.

With the Red Sox, Shawaryn was promoted to the major leagues late in the 2019 season.

A staggering five major leaguers played for Las Vegas' 2008 ALWS title team — and two others also played in that ALWS.

Donn Roach was a third-round pick of the Los Angeles Angels in 2010 after spending one year each at Arizona and College of Southern Nevada.

Roach is the first former Shelby ALWS player to make the major leagues by breaking in with the San Diego Padres on April 2, 2014 and has spent parts of three seasons pitching at that level: 2014 with the Padres, 2015 with the Chicago Cubs and 2016 with the Seattle Mariners. He most recently spent the 2018 and 2019 seasons playing for the Class AAA International League Charlotte Knights.

Tyler Wagner was the next former Las Vegas standout to play in the majors when he broke in with the Milwaukee Brewers in 2015.

Joey Rickard was the third 2008 Las Vegas player to make the major leagues, breaking in during the 2016 season as an outfielder with the Baltimore Orioles. A ninth-round draft pick of the Tampa Bay Rays in 2012 out of Arizona, Rickard spent all or parts of four seasons with the Orioles from 2016 to 2019 until making the San Francisco Giants roster in 2019 after they signed him as a free agent.

Paul Sewald was the fourth 2008 Las Vegas player to play in the majors when he broke in with the New York Mets in 2017. Sewald made 120 relief pitching appearances in three seasons for the Mets from 2017 to 2019 after that organization selected him in the 10th round of the 2012 draft out of the University of San Diego.

And Johnny Field is the fifth 2008 Las Vegas player to make the major leagues, breaking in as an outfielder with the Tampa Bay Rays in 2018. A fifth-round pick of the Rays in 2013 out of Arizona, he was promoted to the Rays in 2018 after three seasons with the Durham Bulls and played 21 games for the Minnesota Twins in 2019.

Two other players from the 2008 ALWS have also made it to the majors — Jordan Montgomery of Sumter, S.C., and Eric Yardley of Pasco, Wash.

Montgomery was a fourth-round pick of the New York Yankees in 2014 out of South Carolina and he has pitched in all or parts of three seasons in the majors with that organization from 2017 to 2019.

Yardley was a free agent signee of the San Diego Padres out of Seattle University in 2013 and spent seven seasons pitching in that organization before breaking in during the 2019 season.

Two other eventual major leaguers played for teams that reached Shelby, but neither played a game in the ALWS.

Joey Gallo left the Las Vegas, Nev., team in 2011 before it won the Western Regional in Fairfield, Cal., and finished third in the ALWS. Gallo was a 2012 first-round selection of the Texas Rangers who forsook his commitment to play at LSU for a $2.25 million signing bonus.

After quickly climbing through the Rangers' farm system, including 106 games in 2013 with Class A Hickory, Gallo made his major league debut in 2015 and has slugged 110 home runs in 416 games in five seasons and was an American League All-Star in 2019.

And J.P. Crawford left the Lakewood, Calif., team in 2012 before it won the Western Regional and finished fifth in the ALWS. Crawford was a 2013 first-round selection of the Philadelphia Phillies who forsook his commitment to play at Southern California for a $2.29 million signing bonus.

Crawford made his major league debut with the Phillies in 2017, was traded to the Seattle Mariners after the 2018 season and played 93 games with the Mariners in 2019.

And 2015 Medford, Ore., all-tournament pick Micah Brown, and Dillon Plew of the 2016 Kennewick, Wash., team, have helped Lewis and Clark State to three straight NAIA national titles. Brown won three straight from 2015 to 2017 and Plew was on the 2016 team.

J.J. Guinozzo of Memphis, Tenn., has covered the American Legion World Series since 1972 and became the official scorekeeper of the event in 1982.

Before the 2019 ALWS, Guinozzo was asked to picked his all-time ALWS team from the years he had watched (1972 to 2018) and six players who have played in Shelby were named to his team: Las Vegas, Nev., outfielder Jeff Malm from 2008; Eden Prairie second baseman Tony Skjefte and shortstop Blake Schmit from 2011; New Orleans, La., pitcher Emerson Gibbs from 2012; Brooklawn, N.J., first baseman Anthony Harrold from 2013, 2014 and 2015; and Henderson, Nev., pitcher Shane Spencer from 2017.