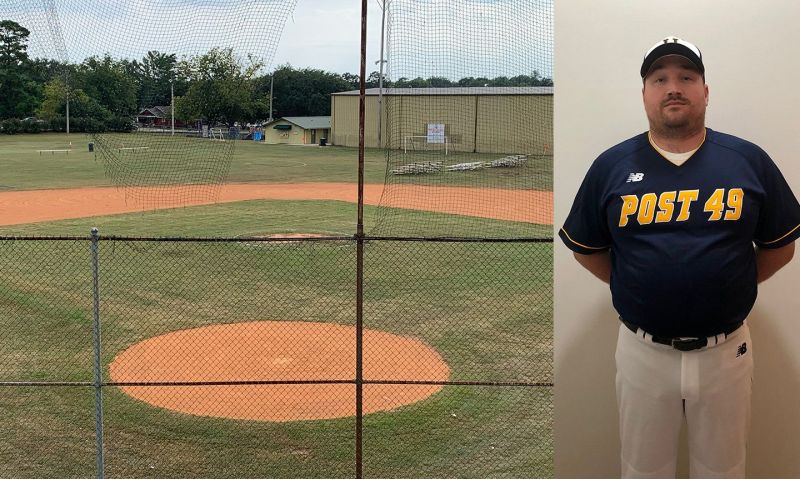 Chip Gordon wasn't born when Hamlet (N.C.) American Legion Post 49's most prominent major leaguer, Franklin Stubbs, was playing for the team. He wasn't around for Hamlet's 1983 "Dirty Dozen" team either. And he was a toddler when Post 49's other two major league products — Brian Moehler and Alvin Morman — were star pitchers for championship-winning Hamlet teams.

What Gordon, 36, is sure of is trying to restart a program that has as rich a tradition as any in North Carolina.

"I wanted to bring it back because of the few years that I've been from college that the amount of kids playing baseball was starting to drop off in this area," said Gordon, a former high school baseball coach who played for Hamlet from 2001 to 2003. "It had just gotten away and we were doing a disservice to our high school baseball players because they didn't have any competitive baseball to play in the summers."

Winner of six state championships and 12 Area II titles, Hamlet dropped American Legion Baseball as many of its potential players were choosing to play showcase and travel baseball instead.

Gordon personally remembers American Legion Baseball as one of the best memories of his childhood — and before he had ever played for Post 49.

"When I was growing up, kids wanted to be a Hamlet Post 49 player," Gordon said. "That was where you were, whether it was a Monday night, a Wednesday night, a Friday night or whatever. Kids were chasing foul balls and out there wanting to support Hamlet Post 49."

Gordon took it upon himself to get the program restarted and found that Hamlet athletic officer Joe Richardson was just as interested.

For Gordon, it was a matter of consulting many of his teammates.

"It's been an exciting adventure getting it restarted," Gordon said. "The guys that are helping me get it restarted are a lot of guys I used to play with. I had the idea and they said, 'Let's do it' and they've been with me every step of the way. You know, it's been a lot of working on fields and getting players and a lot of fun."

Can Hamlet return to its past greatness? History would seem to be on Post 49's side.

A program that can trace its history back to 1932 won its first title in 1933, has made the finals of three ALB regional championship games and once made it to the American Legion World Series.

Along the way, the program produced American Baseball Coaches Association Hall of Fame coach George Whitfield, who coached all three of Post 49's future pros in Stubbs, Moehler and Morman.

Stubbs, now a hitting instructor in the Arizona Diamondbacks organization, played in college alongside future NBA star Dell Curry at Virginia Tech before being a 1982 first-round draft pick of the Los Angeles Dodgers. A 10-year major league first baseman for the Dodgers, Houston Astros, Milwaukee Brewers and Detroit Tigers, Stubbs was a key member of the Dodgers' 1988 World Series champion.

In ALB, Stubbs helped Post 49 to a state runner-up finish in 1978 and a state title in 1979 in a seven-game series victory over Rowan County in which Stubbs tied a state record by winning all four games as a pitcher.

Moehler and Morman were members of Hamlet's last state title team in 1987.

The "Dirty Dozen" team of 1983 had a 12-player roster that included future N.C. State standouts Bud Loving and Alex Wallace and advanced to that year's American Legion World Series in Fargo, N.D.

"Back then, I was just loving being at the ballpark," Gordon said. "Franklin Stubbs was a little too old for me. Brian Moehler and Alvin Morman and those guys were when I was real young. You know, the ‘Dirty Dozen’ was about the time I was coming out of the womb.

"So I wasn't around to watch those guys play but we've got a good group of kids coming to play for us this year. I think we'll be competitive. We're going to hit some bumps in the road restarting our program. But we'll have a good team and be competitive in our area and, hopefully, we'll at least get one of the two bids from our region to go to the state tournament."