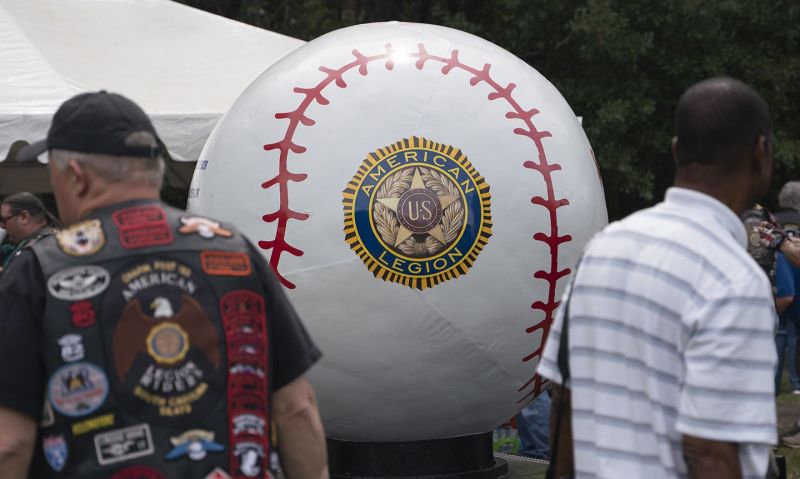 A giant baseball is on display during the lunch stop at Post 28 in Spartanburg, S.C., on Tuesday, August 20. Photo by Ben Mikesell/The American Legion

So has its state, as more national American Legion Baseball events have been held in North Carolina than any other state since national competition began in 1926.

Starting with a regional hosted in Raleigh in 1929, North Carolina has hosted 70 national tournament events. That number will grow in 2021 as Randolph County in Asheboro will host its eighth regional and Shelby will host its 11th ALWS.

But other states have also frequently hosted national events.

Anderson, Belton, Columbia, Florence, Greenville, Greenwood, Greer and Rock Hill also have hosted national tournaments from that state and South Carolina hosted at least one event in 11 straight seasons from 1938 to 1948.

Connecticut has hosted the ALWS twice, both in Middletown, in 1988 and 1999. Bridgeport, Bristol, Hartford, Manchester, New Britain, Torrington and Waterbury also have been national tournament hosts.

Which cities have hosted the most national tournaments?