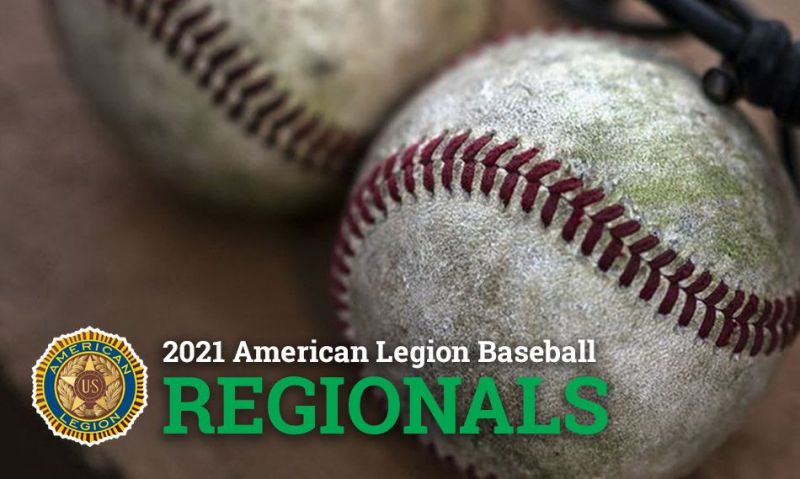 The eight teams headed to Shelby, N.C., for the 2021 American Legion World Series will be decided today.

Here is a recap of the eight regionals through day four:

Connor Freitas threw a three-hitter with eight strikeouts and Caleb Leys had three hits as Newport, R.I., won 10-7 to hand Beverly, Mass., its first loss of the regional.

Ridge St. Mary’s, Md., jumped out to a 7-2 lead after three innings then held off Chesapeake, Va., 9-7, to remain undefeated in regional play.

Region 3 - Southeast at Pelham, Ala.

Noah Carter had two hits, including a home run, and drove in three runs as Florence, S.C., eliminated Troy, Ala., 10-7.

Zach Hardcastle’s single in the top of the eighth drove in the game-winning runs as Cabot, Ark., eliminated Hastings, Neb., 5-3.

The game between Washington, Mo., and Dubuque County, Iowa, was suspended with play to resume at 10 a.m. Sunday. If Washington wins, they would play Cabot at 1 p.m. and the winner of that game would face Dubuque County at 4:30 p.m.; if Washington loses, they are eliminated.

Ethan Smith's sacrifice fly completed a two-run rally in the bottom of the 10th inning for host Morgantown, W.Va., as it eliminated Rockport, Ind., 4-3. Aaron Forbes and Anthony Marsh had two hits apiece to lead Morgantown's eight-hit offense and Marsh went 3 2-3 innings of relief for the victory.

Midland Berryhill, Mich., pounded out 11 hits in a 12-2 elimination of Barrington, Ill.

Kaden Kosobucki had a home run and 5 RBI, and Benjie Hencke had two doubles and 4 RBI as DePere, Wis., handed Fargo, N.D., its first loss of the regional, 13-0.

League City, Tex., took advantage of three errors in the top of the eighth inning to defeat Henderson Southern Nevada, 6-3.

A five-run second inning was all Honolulu, Haw., needed in a 6-3 win over Fairfield, Calif.