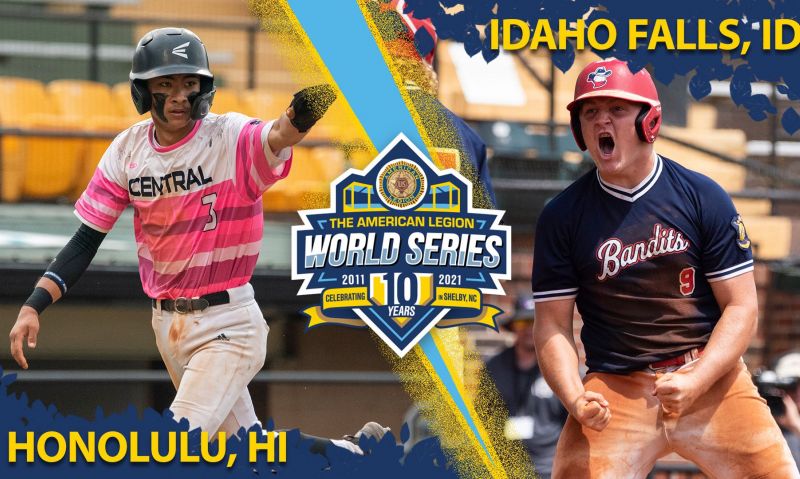 The championship game was postponed from Tuesday due to inclement weather.

Here’s a look at how the teams made it to the championship game:

The 2019 American Legion World Series champions are the 13th team to advance to consecutive title games; the 2020 series was canceled due to the pandemic. CF Kailer Howell is the only player remaining from that team on the roster.

Post 56 edged Midland, Mich., 3-2 in the first game of pool play, then dropped a 10-2 decision to eventual Stripes Division winner Dubuque County, Iowa, on Saturday. All four Stripes Division teams went into the final day of pool play with 1-1 records; Idaho earned a semifinal spot with a 13-3, six-inning win over Beverly, Mass.

That game was completed Monday morning due to bad weather Sunday night, which meant Idaho would have to play again the same day in the first semifinal. The extra work didn’t bother Post 56, who defeated Stars Division winner Tupelo, Miss., 9-3, to advance to the championship game.

Merit Jones is the expected starting pitcher for today’s game. He started the win over Michigan, allowing two runs and two hits over seven innings, with six strikeouts and four walks.

The Honolulu squad’s first loss of the season had them sweating out another team’s game on Sunday to see if their season would continue.

The first tiebreaker for a three-way tie is fewest runs allowed overall. Both Mississippi and Hawaii had allowed seven runs overall; Maryland had allowed six entering their final game. A Maryland tiebreaker win would have eliminated Hawaii, but North Dakota’s squad scored three runs in a loss to Maryland, keeping Hawaii’s season alive.

Hawaii responded when they finally got a chance to take the field again. After their semifinal game against Dubuque County, Iowa, was postponed from Monday night to Tuesday night due to weather, Hawaii pounded out 11 hits, including the team’s first home run of the series, in a 9-1 win.

Ty Yukumoto is slated to start on the mound for Hawaii. In the pool play win over Maryland, Yukumoto allowed two runs and two hits in 6 2/3 innings, with six strikeouts and one walk.