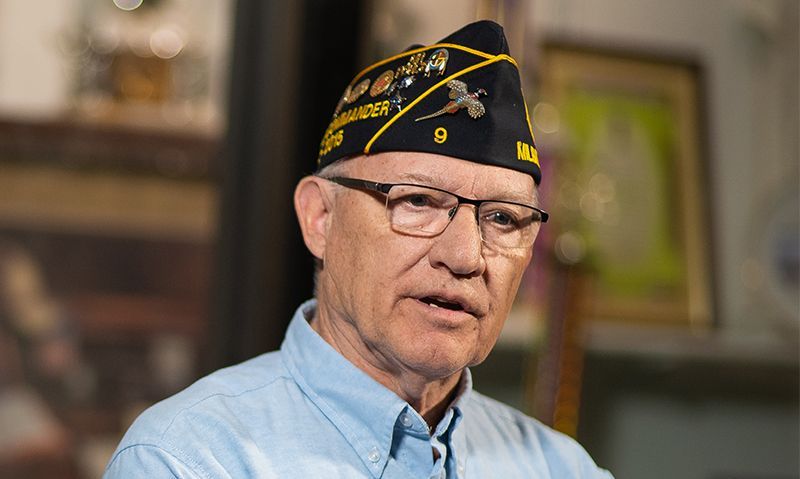 Milbank, S.D., Post 9 member Tim Jurgens who is helping lead a campaign to build a new sports complex at the "birthplace of American Legion Baseball." Photo by Lucas Carter / The American Legion.

Today, some 80 years after Legion Field in Milbank had its first game, the old ballpark is home to a new elementary school. A 2018 vote to build the new school on that site meant that American Legion Baseball would need to find a new place to play.

After the school district obtained rights to the property, the City of Milbank “quickly converted a practice field into a playable field for our local baseball team,” explained Post 9 member Tim Jurgens, a past Department of South Dakota commander. “While that field was a very nice field, there are several limitations concerning size, parking and general layout.”

Out of that situation sprang the Milbank Ball Diamond Association, a citizen task force of which Jurgens and Post 9 member Ron Krause are representatives. The association’s vision is to maximize Milbank’s place in sports history with a new complex that would include a primary park, a secondary competition field, a youth field, a multi-purpose field and a T-ball diamond. Also planned are a Champions Plaza to honor past American Legion Baseball World Series champions and an American Legion Baseball Hall of Fame museum.

“We hope to be playing on the new field by ’23,” Jurgens said. And by 2025, the 100th anniversary of American Legion Baseball, all the features of the new complex should be completed, he added. He said the new facility would be expected to attract youth, high school, college and American Legion sports teams from throughout the region.

The City of Milbank, which purchased the 27-acre site of the future complex, has budgeted $1.2 million to begin building the initial field in 2022. Other planned features, including the museum, are expected to exceed $7 million in all, and the Milbank Ball Diamond Association is on the fundraising trail to “make the entire facility a tribute to the birthplace of American Legion baseball and the young men it has had an impact on.”

Milbank Post 9 and the origins of American Legion Baseball were featured in Episode 5 of The American Legion’s centennial documentary series, “To Strengthen a Nation.”