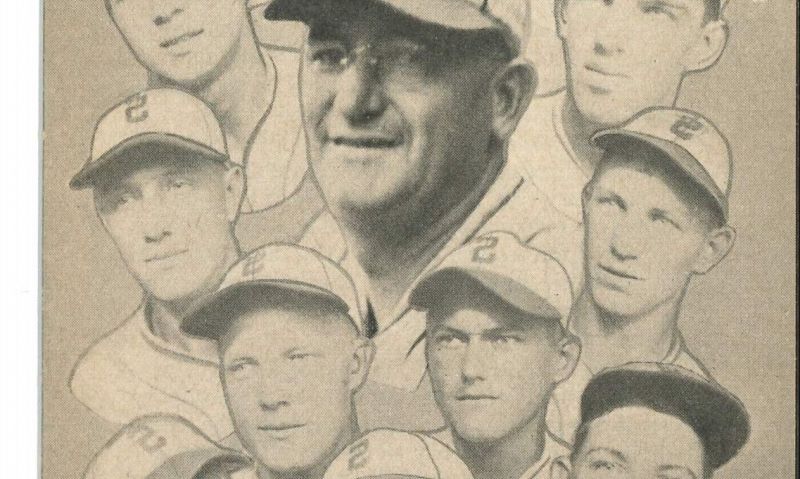 Before Shelby, N.C., began setting American Legion World Series attendance records virtually every year after it became the permanent home of the event in 2011, historic Duncan Park in Spartanburg, S.C., held the record for 75 years.

It also came in an era when the region was brimming with pride and success over American Legion Baseball. From 1931 to 1946, teams from the Carolinas made eight ALWS appearances and hosted the ALWS five times.

After Post 28 won the South Carolina state title in 1936, the team began setting attendance marks in Charlotte some 75 miles to the northeast of town.

“People filled every seat up there,” Furman Dobson told the Spartanburg Herald in 1997 as he pointed to an empty row of seats at Duncan Park. “The fences weren’t here, so they lined those hillsides with people, all the way to the top. It was something to see.”

Added Ray Linder: “We were surrounded by people. They were 10 to 12 deep all around the outfield. If you hit a ball into the crowd, it was a double. What you had to do was get it over their heads and into those woods.”

Spartanburg won Games 1, 3 and 5 of the series while Los Angeles won Games 2 and 4 as the ALWS went to the limit of the old best-of-five format for the first time in its history.

And the 20,000 remains an attendance record for the championship game.

Among the crowd were some of the top political officials of the era as team batboy Ty Wood noted when he talked to the Spartanburg Herald in 1997.

“All the big shots were here,” Wood told the newspaper as he pointed to one of the dugouts. “Jimmy Byrnes and Olin Johnston sat right over there.”

A stadium that in 2016 was listed in the National Register of Historic Places also was a former home to Wofford College baseball and remains home to Spartanburg High School and Spartanburg Post 28 baseball.

Spartanburg also hosted the ALWS in 1938.

In a series that featured an 8-all tie in the opener that was called by darkness after 14 innings, San Diego rallied to win the last two games for a 3-2 series victory.

The overall crowd of 48,500 was the second-highest overall ALWS attendance until 2011. And 9,000 came to the championship game.

Wood was a third baseman and captain for the 1938 team and he recalled that the crowds were enthusiastic and large that year — just not as much as 1936.

Dobson, Linder and Wood all eventually returned to play minor league baseball for the Spartanburg Peaches that also called Duncan Park home. Wood later coached Post 28 from 1954 to 1957 and Linder was one of four members of the 1936 Post 28 team who later signed professional baseball contracts.

Pitcher Survern Wright, whom his teammates credit with “pitching” Spartanburg to the ALWS title, spent eight seasons in the minor leagues after signing a free agent contract with the old Philadelphia Athletics in 1939.

Walter “Pete” Fowler, an outfielder who was the team’s top postseason hitter (.550 average), played one year with the old Washington Senators organization after he signed with that organization in 1939.

Linder, a catcher, signed with the Cleveland Indians in 1941 and spent four years in the minors.

And James “Pepper” Martin, a middle infielder, played six seasons in the minors after signing with the Cincinnati Reds in 1942.

“Suvern could set anybody down,” Dobson told the Spartanburg Herald in 1997 of Wright’s pitching in the 8-1 title-game victory. “He could put a ball in a cup.”

After the ALWS title, Belk’s Department on Main Street in Spartanburg gave the players new suits, money was raised by Post 28 for special American Legion jackets and the national American Legion office sent them to a 1936 World Series game.

“It was a local phenomenon,” Martin told the Spartanburg Herald in 1997 of the Major League World Series trip. “I’d been there (New York) as a kid with my dad in the 1920s. That game was the biggest thing in my life at the time. It was a lot of fun.”

But, even in 1997 and after some had played professionally, winning the ALWS title in 1936 remains a top memory. South Carolina’s second ALWS champion didn’t come until 2015 when Chapin-Newberry Post 193-24 won in Shelby.

“People were proud of that team,” Wood told the Spartanburg Herald in 1997. “And they still are if they were living back then.”

Added Dobson: “I’ll never forget that game. I wish all 15 of us could be here now.”