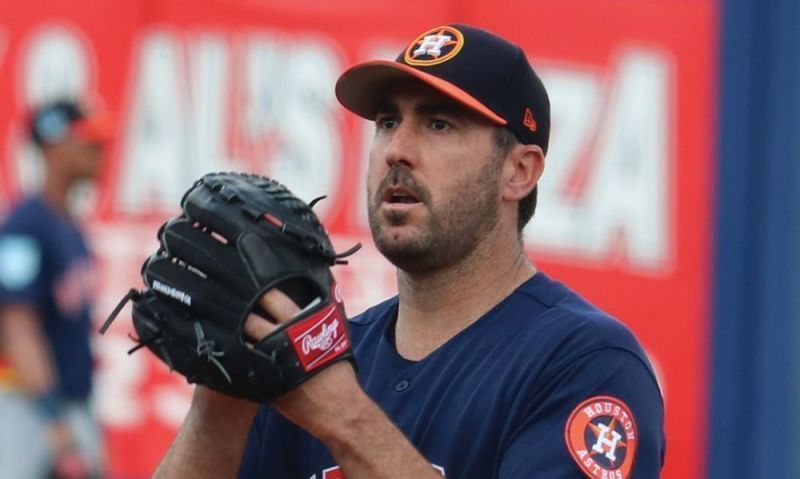 After a lockout threatened to limit or even cancel the season, Major League Baseball will open the regular season on April 7. Nine games are scheduled for Opening Day, with the rest of the 30 teams beginning the season April 8.

Here’s a look at some of the storylines featuring American Legion Baseball alumni to watch this season.

There’s been some notable movement among ALB alumni, led by Max Scherzer (Post 397, Creve Coeur, Mo.). The three-time Cy Young Award winner signed a three-year, $130 million contract with the New York Mets. After spending 6 ½ seasons with Washington, he was traded to the Dodgers last July and helped them reach the NLCS.

Also on the move: Corey Seager (Post 115, Kannapolis, N.C.), the former World Series MVP with the Dodgers who signed a 10-year, $325 million contract with the Texas Rangers; Kris Bryant (Las Vegas), who after splitting last season with the Cubs and Giants, signed with Colorado in the offseason; and Michael Wacha (Texarkana, Tex.), a former NLCS MVP who signed with Boston after spending 2021 with Tampa Bay.

Meanwhile, some ALB alumni are back in familiar surroundings. Perhaps none is more prominent than Albert Pujols (Post 340, Independence, Mo.), who is back with the St. Louis Cardinals for what he says will be his final season. Pujols spent his first 11 seasons in MLB with the Cardinals.

Pujols enters the 2022 season in the top 10 in career at-bats, doubles, extra-base hits, home runs, plate appearances, RBI, and total bases, and needs 10 hits to tie Eddie Collins for 10th on that career list. In 109 games last season with the Angels and Dodgers, he batted .236 with 17 home runs and 50 RBI.

Jackie Bradley Jr. (Post 146, Hopewell, Va.) is back with the Boston Red Sox after a season with the Milwaukee Brewers. Bradley, Alex Binelas and David Hamilton were traded from Milwaukee to Boston in December for OF Hunter Renfroe. Bradley spent his first eight seasons in MLB with the Red Sox.

And Sean Doolittle (Post 526, Tabernacle, N.J.), who spent four seasons with the Washington Nationals before splitting the 2021 season between Cincinnati and Seattle, is back in the nation’s capital.

Among the six American League managers who also played Legion Baseball, Baker’s team has the best odds to win this year’s World Series according to FanGraphs. The Astros have the third best odds in the AL behind Toronto and the New York Yankees.

Meanwhile, Snitker’s Braves have the second-best odds among National League teams to win the World Series; the Los Angeles Dodgers have the best opening odds to end the season as champions.

With 11 of the 30 MLB managers being American Legion Baseball alumni, there’s a good chance that at least one of the award-winners this season will have ties to ALB.

A couple pitchers who played American Legion Baseball could be contending for Comeback Player of the Year honors in their respective leagues.

Jacob deGrom (Post 3, Deland, Fla.) didn’t pitch after July 7 last season because of some arm troubles. And he's out for at least four weeks to start the season with a stress fracture in his scapula. If he can bounce back, the four-time All-Star and two-time NL Cy Young Award winner leads what may be the best rotation in baseball thanks to the addition of Scherzer.

Meanwhile, Justin Verlander (Post 201, Powhatan, Va.) sat out most of 2020 and all of 2021 following Tommy John surgery. He’s expected to begin the season as the Astros’ third starter while he rounds back into form.

The late Gil Hodges will become the 83rd American Legion Baseball alumnus in the Baseball Hall of Fame when induction ceremonies for the Class of 2022 take place in Cooperstown, N.Y., on July 24.

This will be the sixth consecutive class to include at least one ALB alumnus; there was no Class of 2021 as no one received enough votes.

End of the line

While Pujols has already announced 2022 will be his final major league season, he’s not the only ALB alumnus who could be entering his final campaign.

Rich Hill (Post 114, Milton, Mass.) is the second-oldest player in MLB behind Pujols. The 42-year-old southpaw is back on Boston’s roster for the third time, hoping to help the Red Sox win a World Series title.

Besides the regular season openers and the July 24 Hall of Fame induction, some other important dates this season include:

May 15: All teams are scheduled to wear patches for Armed Forces Day.

May 30: All teams are scheduled to wear poppies for Memorial Day.

July 30: ALB alum Will Clark (Post 125, New Orleans) is scheduled to become the 11th San Francisco Giant to have his number retired.