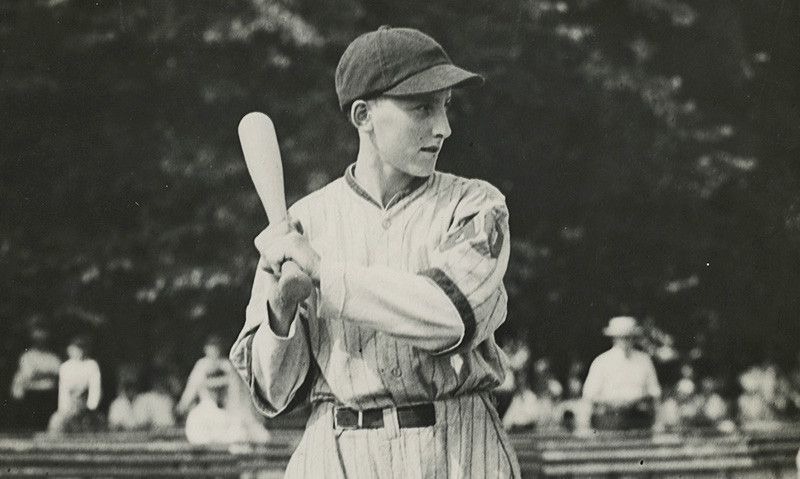 She became a baseball icon who was called “the girl Babe Ruth.”

Gisolo, the youngest of six children of Italian immigrants, was born Oct. 21, 1914, and grew up in the small mining town of Blanford, Ind. She played baseball with her brothers on the sandlot near her father’s grocery store.

By the time she was 13 in 1928, she earned a roster spot as a second baseman and pitcher for the first-year Blanford Cubs American Legion Baseball team coached by her older brother Tony.

Little was made of her place on the team until her 12th inning game-winning hit led Blanford to victory over the Clinton Baptists, which led that team to protest her eligibility. When sportswriters heard of the protest, many called her the “girl Babe Ruth.”

Gisolo, a team captain, hit .571 with one error in 12 chances in the field during Blanford’s playoff run that ended in an Indiana state title. And in the first round of a single-elimination regional playoff game at the Comiskey Park home of the American League’s Chicago White Sox on Aug. 8, she had a single, a run, two RBIs, a walk and a sacrifice in four trips to the plate in her team’s 12-5 loss to Chicago.

Unfortunately, it would be Gisolo’s last game as American Legion officials reversed their decision the following year and barred female players from American Legion Baseball until the 1970s.

But Gisolo wasn’t through playing the sport she loved.

Throughout the early 1930s, she played for female barnstorming baseball teams that included Maud Nelson’s All Star Ranger Girls. It helped her earn enough money to put herself through school at Indiana State Teacher’s College. She graduated in 1935 with a degree in physical education and earned a Master of Arts from New York University in 1942.

She eventually was a Girl Scouts director, joined the Navy WAVES during World War II and later followed other athletic pursuits as a dance teacher at Indiana University of Pennsylvania and eventually at Arizona State University.

At ASU, Gisolo was a key figure in building the school’s nationally recognized Department of Dance and in 1979, she received the Arizona State University Distinguished Teacher Award.

In 1980, Gisolo focused her attention on another sport. Then in her 60s, she played on the national senior tennis circuit until she was 86 in 2000 and was ranked first in doubles and second in singles in her age group at the time of her retirement.