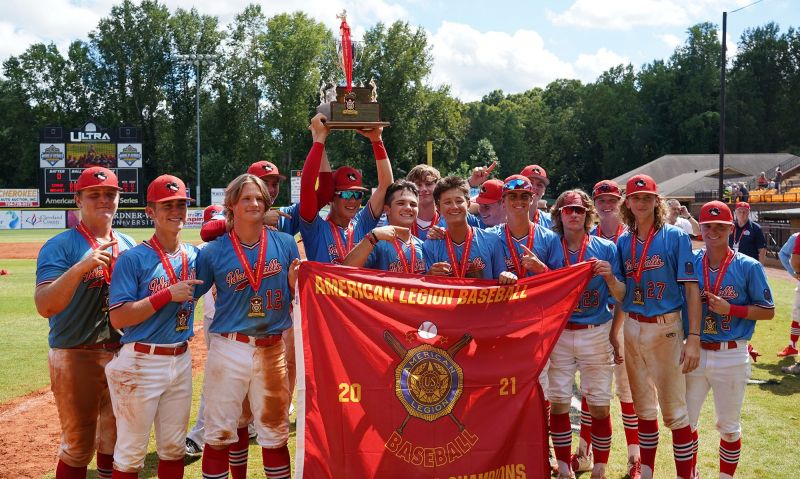 And Post 56 head coach Ryan Alexander thinks none of it would’ve happened without some heartbreak five summers ago.

Idaho Falls was two innings away from beating Lewiston in the 2017 Idaho state tournament championship game. But Lewiston rallied to win 3-2 in 10 innings to win the state title.

Lewiston would go on to win the Northwest Regional and become the first Idaho team to advance to the ALWS since 2001.

“That year, the games were nine innings and we actually had the lead going into the bottom of the eighth inning,” said Alexander, who was an Idaho Falls assistant in 2017 before becoming Post 56’s head coach in 2018. “So if it had been under today’s rules, we get that game.

“But we were so close and saw the team that beat us made it to Shelby and knew how close we were to getting there ourselves. That gave us a pretty good indicator that we could get there.”

Since no team has ever won three straight ALWS titles, Alexander and his team will be pursuing that goal this season.

“Our expectation is definitely to get to Shelby,” Alexander said. “Years before in ‘17 and ‘18, it was a nice idea and kids competed and wanted to get to Shelby. But now that we’ve been there and experienced it, we look at getting to Shelby as a standard for our program to seek out every season.

“Obviously there’s a lot of great teams out there, but going to Shelby is what we strive to do. Our guys and the experience at the American Legion World Series is special and motivates us.”

Post 56 will have eight returnees from the 2021 championship team looking to three-peat, among them 2021 George Rulon Player of the Year Nate Rose and 2021 all-tournament pitcher Merit Jones.

The team nicknamed “Bandits” will begin its season in late May with hopes of advancing to the Idaho state tournament in July.

“Now, the returnees know what to expect, (assistant coach) Mike (Webster) and I have more experience, so we all have a pretty good idea of what it takes to get there,” Alexander said of the ALWS. “And I think that 2017 game was really a tipping point for us. It made us realize that we could get this done and Shelby wasn’t just an idea but something we could accomplish.”