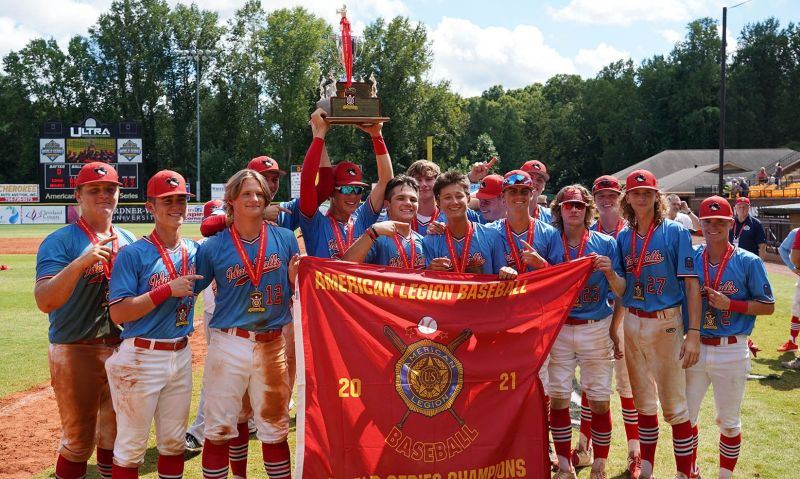 It’s been that way for the Bandits of Post 56 all season, as the two-time defending American Legion World Series champions. It will certainly be that way again over the next week as Post 56 vies for an unprecedented third straight title in Shelby, N.C.

Alexander said the Bandits are “grateful” to be back in Shelby for the ALWS.

“We have seven kids that were here last year; not one of them take this opportunity for granted,” Alexander said.

Their experience, plus the crucible that was the Northwest Regional, have Alexander optimistic about his team’s preparation for the ALWS.

“Our regional tournament kind of prepped us for the level of competition, the level of grind that the World Series requires. We had five one-run games, three of which were walkoffs. We had to work hard,” he said.

Alexander said his team is excited to give the players who weren’t part of last year’s championship team “the opportunity to see what all this is about.”

“I’ve been so looking forward to coming to Shelby,” he said before namedropping a local soda. “Sundrop, it’s a delicacy for me. I love it.”