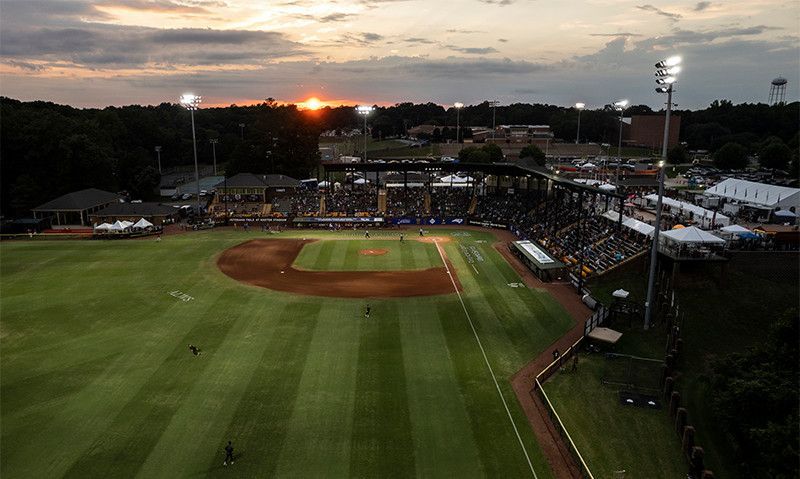 The semifinalists in the 95th American Legion World Series include a program seeking its first title since 2009, a team from a state that hasn’t had a final four team in the ALWS since 1978, and a program in the ALWS for the first time.

And, yes, the two-time defending ALWS champions are back, seeking an unprecedented third straight title.

Here’s a look at the four semifinalists.

Troy’s first trip to the American Legion World Series will last at least a day longer after Post 70 rallied to clinch a semifinal berth in Sunday’s 4-3 win over League City (Tex.) Post 554.

Post 70 was the last of the eight ALWS teams to make the field as the Mid-South Regional’s final games were delayed into the night because of weather. Troy has won six straight state titles but had not reached the ALWS before.

It looked like it would be an easy path in Shelby for Troy when they beat Shrewsbury (Mass.) Post 397, the other semifinalist from their division, 13-1 on Opening Day in Shelby. But Camden (S.C.) Post 17 defeated Troy 6-3 on Friday. Coupled with Shrewsbury’s win over League City on the same day, all four division teams went into the final games of pool play with 1-1 records.

That meant the winners of each of those games would advance to the semifinals. Troy’s win over Shrewsbury earned them the division title and a matchup against the other division’s runner-up Midland (Mich.) Post 165.

Midland was the last of the eight teams to lose in Shelby. Post 165 clinched a semifinal berth before their final pool play game on Sunday when Chesapeake (Va.) Post 280 defeated Omaha (Neb.) Post 1, 6-4 in nine innings. That left Chesapeake and Omaha both with 1-2 records, assuring Midland (2-0 at that point) of a top two finish in their division.

Jack Bakus staked Post 165 to a 1-0 lead in the top of the first in that final pool play game, against Idaho Falls. But the Bandits scored twice in the bottom of the second and gradually pulled away. Both Idaho Falls and Midland finished with 2-1 records in pool play but Idaho Falls won the division based on the head-to-head result.

That sent Midland into a semifinal against Troy.

Shrewsbury, which went 5-0 in the Northeast Regional they hosted, lost their ALWS opener 13-1 to Troy (Ala.) Post 70 on Thursday.

Rocco Hickson gave up a home run on the first pitch Friday against League City — the first first-pitch home run in an ALWS game since David Perdios of West Quincy, Mass., hit one on the first pitch in 1975 — but bounced back to shut down a Post 554 offense that scored 12 times the day before against Camden.

Then on Saturday, in a game in which the winner would advance to the ALWS semifinals and the loser would be eliminated, Zachary Amero hit a two-run home run with two out in the bottom of the first to put Shrewsbury ahead for good.

After driving in the first three runs Saturday night, Amero leads Post 397 in national tournament play with 9 RBIs and 8 runs scored while batting .400. A.J. Hamm has 8 RBIs and 7 runs scored in the regional and ALWS. Ryan Walton leads the team with a .438 batting average.

Shrewsbury is the first Massachusetts team to reach the ALWS final four since East Springfield, the 1978 runner-up.

As the two-time ALWS champions, Idaho Falls entered the season knowing they would be getting every opponent’s best. That was exemplified at the Northwest Regional, where all five of Idaho Falls’ wins came by one run.

But the Bandits fell 7-3 to Omaha in their opening game in Shelby, putting the pressure on to stay alive in their quest for a third straight title. Idaho Falls beat Chesapeake 6-1 on Saturday, and with their game against division leader Midland being the final game of pool play, they knew exactly what they needed to do.