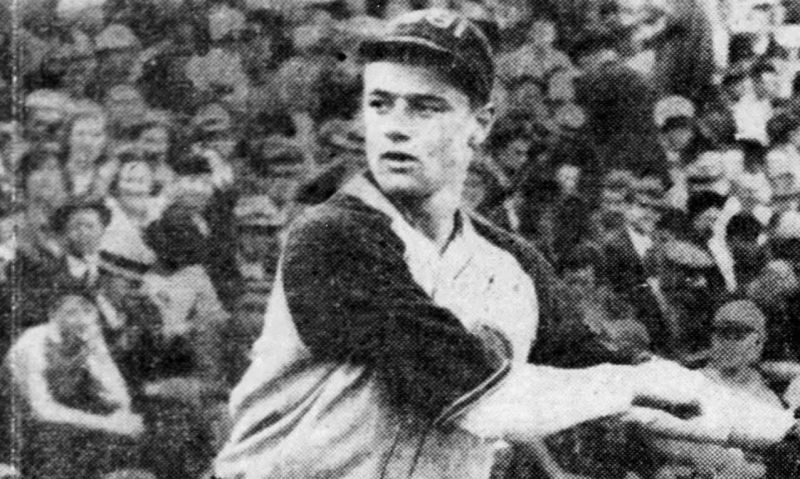 Massachusetts has been crowning American Legion Baseball state champions since the first year of national competition in 1926.

Only one of the Bay State’s champions has ever won the American Legion World Series, doing so behind a pitcher who completed a perfect season playing high school and American Legion Baseball for the same coach and alongside five of the same teammates.

That group guided Lynn English to a 13-0 high school record that included state playoff tournament victories at each of the major league stadiums in Boston — the Red Sox’s Fenway Park and the Braves’ Beehive (also called Braves Park) — under the direction of Tom Whelan Sr.

Whelan Sr. also coached the Post 291 team. He had played Major League Baseball for the Boston Braves and in the NFL for the Canton Bulldogs, both in 1920, before embarking on a long coaching and scouting career.

In the American Legion Baseball season, East Lynn won its second state title in three years as Bessom was a dominant hitter and pitcher, Hegan was emerging as a hitting and catching star and Post 291 lost only once in a 38-1 season.

After going 14-0 to win its Essex County league title, East Lynn defeated Somerville two games to one and swept Milford and Pittsfield two games to none to win the Massachusetts state title. Only a 3-1 loss in the second game of the Somerville series kept Post 291 from an unbeaten season.

And in national American Legion Baseball tournament competition, East Lynn won all seven of its games by four or more runs with three wins by 10 or more runs.

Bessom led the way at the plate and on the mound with a .555 batting average that earned him the Louisville Slugger Award for highest average in national competition in addition to a 5-0 record with 55 strikeouts in 45 innings during national competition.

In the ALWS, a best-of-five series against host New Orleans, Bessom threw back-to-back five-hitters with 22 strikeouts in 12-1 and 5-0 victories to give East Lynn a commanding 2-0 series lead. Then he struck out four more batters in three innings of relief to close out a 13-5 title-clinching victory for the series sweep.

Bessom finished the American Legion Baseball season with a 17-0 pitching record after going 10-0 in high school baseball that spring.

Whelan Sr. would again coach Bessom and Jim Hegan at Lynn English the following year. As a scout for the Cleveland Indians, he convinced that franchise to sign both of his stars in June 1938 before each had long pro careers that were interrupted by World War II military service.

Hegan would spend 20 years in professional baseball, including 17 in the major leagues. He caught no-hitters from Don Black, Bob Lemon and Bob Feller and was starting catcher for the Cleveland Indians’ 1948 World Series championship team as well as the 111-win 1954 team that finished as World Series runner-up. Hegan, whose son Mike Hegan also played in the major leagues, died at 63 in 1984 in Lynn, Mass.

One other Post 291 player played professionally as pitcher-infielder George Mara spent one season in the St. Louis Cardinals organization as a shortstop.