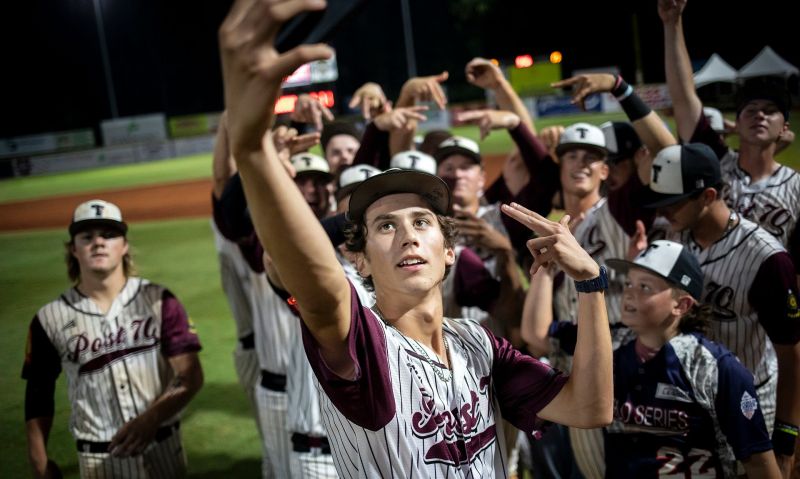 The team from Troy, Ala., Post 70 will be in Houston on Saturday when the Astros host the Philadelphia Phillies, an honor they earned after winning the ALWS in Shelby, N.C., on Aug. 16. They will also participate in a Play Ball clinic, which aims to increase participation in baseball activities among all age groups, especially youth.

Post 70 became the first team from Alabama to win the ALWS since 1967 when they defeated Idaho Falls, Idaho, Post 56; the Idaho team was seeking an unprecedented third consecutive ALWS title.

On the field, the Astros — who have yet to lose in this season’s playoffs — are seeking the franchise’s first championship since 2017. Houston lost to Washington in the 2019 World Series and Atlanta last season.

Representing the National League are the Philadelphia Phillies, who qualified for the postseason as the NL’s sixth and final seed but are 9-2 in the playoffs. Leading the charge is NLCS MVP Bryce Harper, who played Legion Baseball in Las Vegas. He’s batting .419 in the postseason with five home runs, 11 RBIs and 10 runs scored. Fellow Legion Baseball alumni on the Phillies roster include J.T. Realmuto (Post 170/Midwest City, Okla.), who’s also scored 10 runs in the playoffs; Alec Bohm (Post 1/Omaha, Neb.), who’s chipped in five RBIs; and Brad Hand (Chaska, Minn.), who has a 2-0 record in five games out of the bullpen.

Here’s the World Series schedule (all games on Fox, all times TBD):