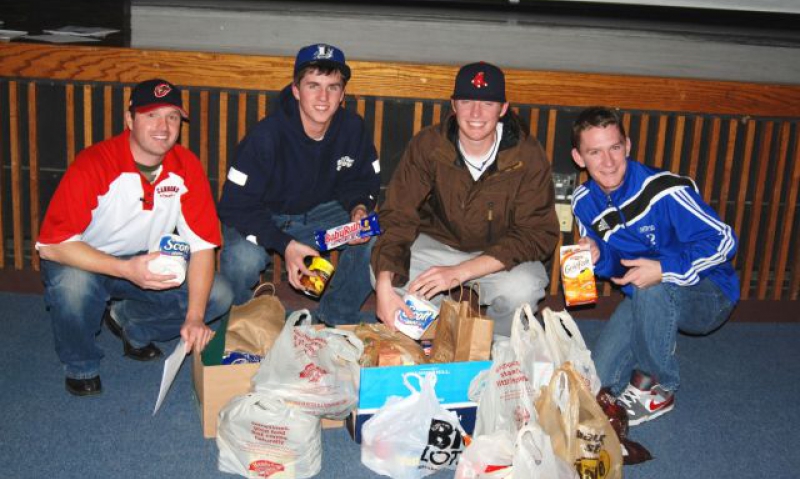 Each year, members of Sons of The American Legion Squadron 91's baseball team, the Colchester, Vt., Cannons, participate in several events working with veterans. During this year's holiday season, the team will distribute presents to patients at the White River Junction VA Medical Center.

But this year, the team - which won the 2009 Legion state championship - added something different to its activities.

"One of the parents had the idea to put together care packages for troops overseas," said Cannons coach Jeff Mongeon, a member and former officer of Squadron 91. "Every year we have a fall and spring recruitment meeting for the team, and I e-mailed all the kids and asked them to collect items and bring them to the meeting."

A parent volunteered to organize the collections and arrange the shipments. "Through this process, the prospective players, coaches and manager were given the opportunity to apply the teachings of The American Legion Baseball program for the benefit of those defending our great nation," Mongeon said.

The effort was a big enough success that 20 care packages will be sent overseas. "To be honest, I really didn't have to do a whole lot," Mongeon said. "The parent put it together, I sent out the e-mail, and the kids did the rest."

The players included a yearbook of the 2009 season in the parcels sent overseas. "They were hoping there could be a connection between themselves and the soldiers," Mongeon said.

The team plans to collect items again at its spring meeting in March to assemble more care packages.