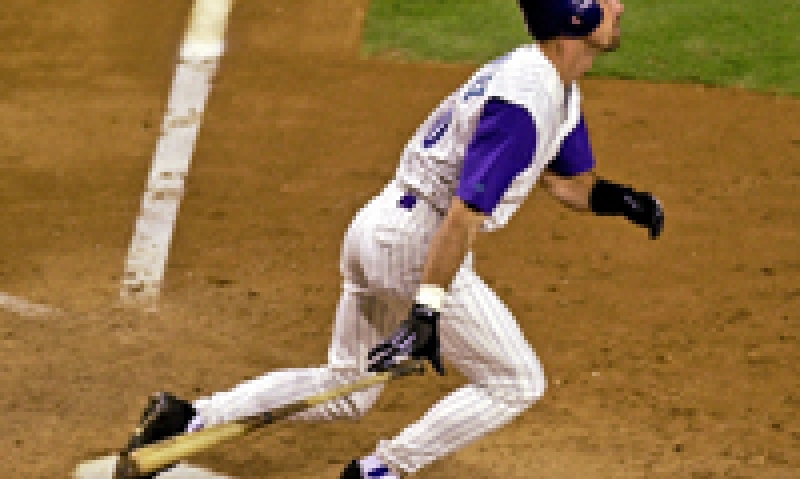 Luis "Gonzo" Gonzalez, a five-time Major League Baseball All Star and hero of the 2001 World Series, contributed his on-air talent last summer working as a commentator on the first live webcast of The American Legion Baseball World Series in Fargo, N.D. Alongside fellow baseball star Jeff Kent, Gonzalez provided sharp analysis while Jim Darby, the "Voice of American Legion Baseball," took care of the play-by-play duties. Gonzalez enhanced the webcast with his professional insight, thorough discussion of the games, and amusing anecdotes from his playing days. He spoke with The American Legion at Newman Outdoor Field in Fargo last year during the Legion World Series.

Q: Tell us how you first got interested in baseball.

I grew up in Tampa, Fla., and my parents are Cuban. So that's a baseball start in itself because a lot of Latins have a fond love for baseball. A lot of players in the major leagues were from the Tampa Bay area.

The area I lived in was primarily Hispanic, and my parents used to take us on the weekends to the coffee shops. I'd go in and see all these old men sitting around, playing dominoes and reading the newspaper. They would talk about baseball and all the local players from that area.

Q: How did you get involved with Legion Baseball?

The day I was old enough to go there, I was so excited to have the opportunity to play because American Legion ball was where you got to travel 20 or 30 miles outside of your city to play other teams. So it was an exciting time.

Our head coach was Frank Permuy, who is still coaching American Legion Baseball in Florida. (Emeterio) "Pop" Cuesta was my high school coach. Two gentlemen I respected and liked, and it was a perfect fit for me to play Legion ball.

Primarily, I played second base. But as we see here in the world series, there are a lot of multi-position players. We pretty much had a set lineup. Occasionally, guys would move around and play different positions. But it was a lot of fun - the competition, the guys you played against. For me, it was a unique opportunity because you got to meet ball players from different parts of the state.

Q: What is it like for you, to have played Legion baseball, to have become a star in the big leagues, then to come here and be an on-air talent for the Legion World Series?

A: Playing in the major leagues and then getting to be a part of this, it's exciting. Especially for me because I did play Legion baseball. I was one of those kids out on the field, so it's fun to see how excited these kids are.

Right now, these kids are at the age where they have the opportunity to get to the next level. For some of them, this might be where they end up and go no further. Others are going to go to college and play, and some are going to sign professional contracts. But these are the fun times that they're going to remember.

So for me to be able to come back, after playing 18 years in the major leagues, and to be around a lot of these kids - hopefully, I'm being an inspiration for them, to let them know this is where it started for me, too. And that they really do have a chance to get to that next level.

Q: We all have our reasons for loving the game of baseball. What are yours?

A: I've grown up with it, and this is a place where you learn a lot of different things. You learn how to compete, how to make friendships. You learn about the ups and downs - there's a lot of competition out there. You can learn a lot of valuable lessons in life playing this game. You have a lot of heartbreaks playing on the field. One day you can be the greatest player around and the next day you can go 0-for-4 with four strikeouts. It's a humbling game.

I've always enjoyed meeting a lot of different people, on and off the field. And I've always tried to be respectful to all of them. That's just the way my parents brought me up, to treat people the way you want to be treated, and I've always tried to do that with everybody. Because you're only going to play so long. And when you're done playing, you want people to remember you for what you did off the field, as well as what you did on the field.

Q: For those Legion Baseball players who will make it into the major leagues, what would you say to them?

A: Enjoy it as long as you can. You don't know how long it's going to last. Don't take things for granted. Just go out there and play hard, and respect the other teams and the people around the game. This is the greatest game in the world. It's a game where families come, young and old, and they come out there to sit in the sun and enjoy themselves. You're part of the entertainment, and you're also a role model to a lot of the kids watching. They pick up on the stuff that you do on the field. Hopefully, you can be a positive influence on a lot of younger players.