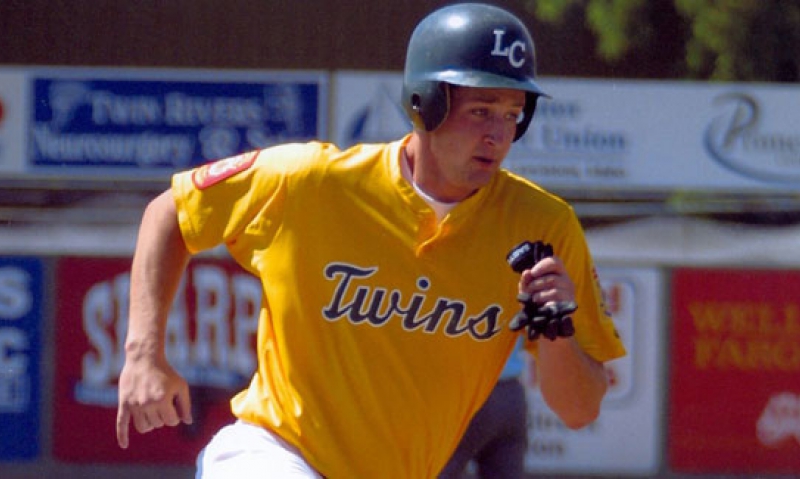 During his life, Josh Burton made an enormous impression on his community. Now, many of the people he helped are making sure his legacy continues.

Before dying a year ago in an auto accident, Burton was well known in Lewiston, Idaho, for his athletic achievements and contributions to the community. A two-sport star at Lewiston High School, Burton took the Lewis-Clark Twins to an American Legion Baseball World Series in 2001. The 6-foot-3 first baseman went on to play baseball at Treasure Valley Community College in Ontario, Ore.

Off the field, Burton volunteered his time as a Little League coach. He once gave a young player a soft-toss pitch machine to practice hitting; the child had recently lost his father to bone cancer.

To honor his memory, his former teammates and past Lewis-Clark players participated in the first annual Josh Burton Alumni Game, which took place at Harris Field on July 11, a year to the day after Burton’s death. Proceeds went to the Josh Burton Memorial Scholarship, which will be awarded annually to a Lewis-Clark player. Local businesses, former friends and family donated to the scholarship fund.

The first scholarship recipient happened to be close to the Burton family. Tanner Hollingsworth, a recent Lewiston graduate, received the inaugural scholarship - worth $1,530 - and will use it to attend Blue Mountain College. Hollingsworth’s older brother was Burton’s roommate and close friend. Hollingsworth’s father, Kent, also worked with Burton at Pepsi.

Burton’s parents funded the first scholarship, coming up with the amount by putting their two sons’ jersey numbers together. Their oldest son Brian wore 15, and Josh was No. 30. In an eerie coincidence, Blue Mountain College awarded Hollingsworth a scholarship for $1,530, the exact same amount, without knowledge of the Burtons’ contribution and situation.

Next year, the scholarship will pull from a fund that accrued a base amount from proceeds from the game.

“I’m estimating that we’ll have, after we pay the bills for the tournament, collected over $9,000 to put into the scholarship fund,” said Bruce Burton, Josh’s father. “That will help us continue the game and scholarship fund.”

Bruce Burton said the game spanned nine innings and included about 45 participants, nearly doubling the expected number. The community came out in full force as well.

“Community’s response was fantastic,” he said. “We had probably just a little over 500 people there, counting all the players ... There was a lot of volunteers that came in from our church family to help as well.”

The family fully intends on making the memorial game and scholarship a Lewiston tradition.

A 2002 high school graduate, Josh Burton played football and baseball for Lewiston. During the summers, he starred for the Twins, long sponsored by Lewis-Clark American Legion Post 13. In 2001, he won the Dr. Irvin L. “Click” Cowger award for tallying the most RBIs during post-season play.

That same year, Burton took the Lewis-Clark team to a now-legendary World Series run. Led by Burton’s heavy hitting, the group caught fire toward the end of the season and finished as national runners-up – the best performance in club history.

To donate to the scholarship fund and follow the alumni game, visit: burtogame.blogspot.com.