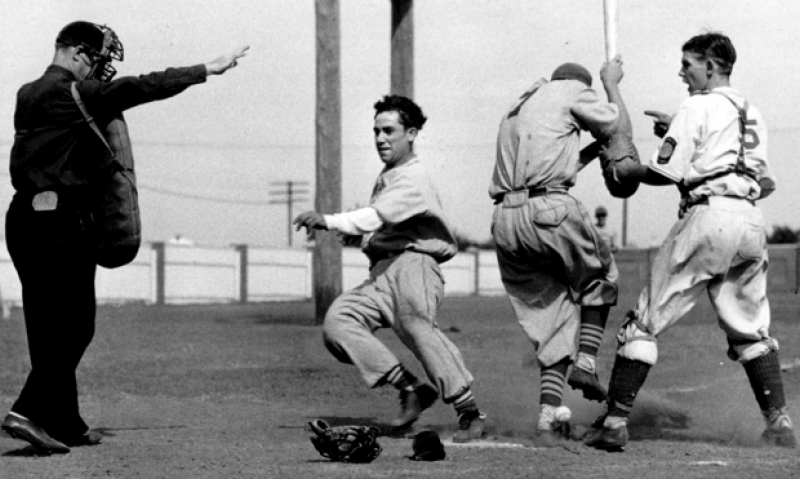 During World War II, many ballplayers fulfilled their service obligations by taking cushy assignments overseas. Yogi Berra wasn't among them; the legendary Hall of Famer served as a gunner's mate at the D-Day invasion. Six decades later, the U.S. Navy Memorial is honoring him with the Lone Sailor Award, given annually to former sailors who have used service-learned skills to further their careers and lives.

Berra's illustrious baseball career began in St. Louis, where he played American Legion Baseball for Fred W. Stockholm Post 245. He became an all-time great after an 18-year career in New York. But before he was the legendary Yankees catcher and notorious manipulator of the English language, he served aboard an Allied missile boat during the invasion of Normandy in 1944.

Over 60 years later, Berra is being honored for exemplifying the Navy's core values.

Born in an Italian neighborhood in St. Louis, Berra played for St. Mary's High School and in various Legion Baseball leagues. He was once quoted as saying his time as a Legion ballplayer was the most fun he ever had.