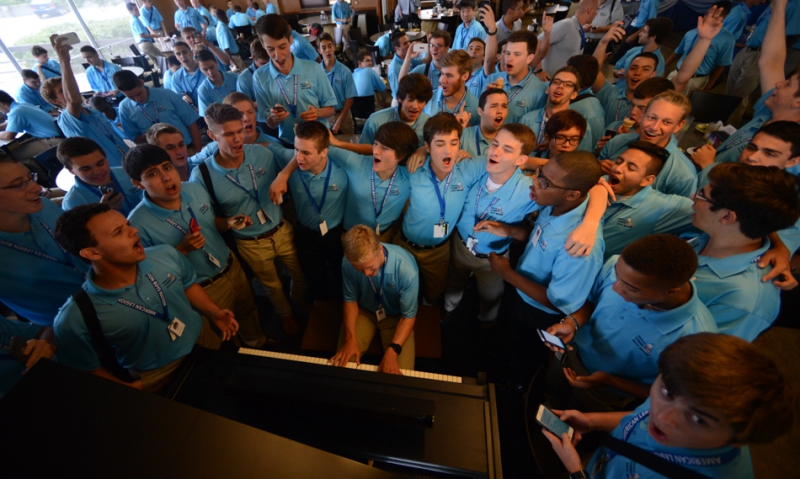 On Friday, 98 young men selected by their respective American Legion Boys State programs will arrive in Washington, D.C., to participate in the 70th session of Boys Nation. As one of the Legion's premier youth programs, Boys Nation provides an appreciation for and understanding of the U.S. system of government.

The young men will reside at Marymount University in Arlington, Va., where they will conduct party conventions and senate sessions, elect a president and vice president, introduce and vote on bills submitted by their peers, and hear from guest speakers. Activities off campus include visits to memorials, the Pentagon and the White House, meetings with elected officials from their respective states, and dinner at Greenbelt Post 136 in Maryland with special guest National Commander Michael Helm.

View the 2015 Boys Nation agenda here, which is subject to change. And for a list of the 98 young men attending Boys Nation, click here.

Family and friends of the 98 delegates can follow the young men throughout the week by visiting the Boys Nation web page here. The page will feature articles and photos highlighting the events in which the young men participate. Also follow Boys Nation coverage on Twitter.