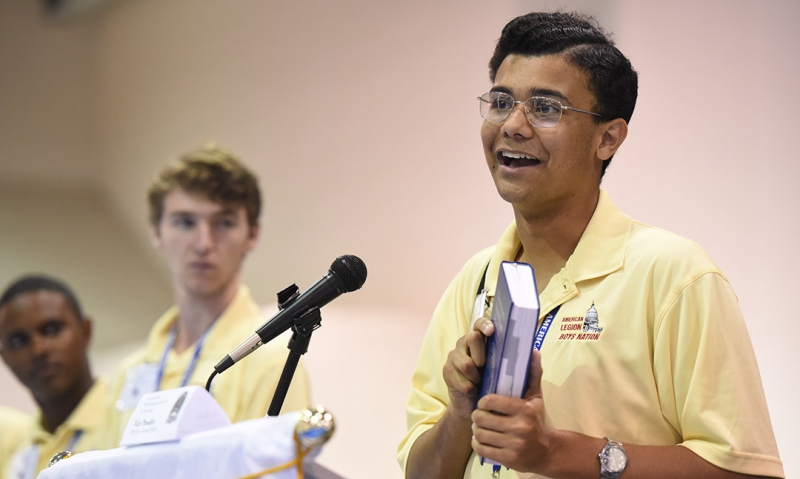 Crocker was recognized by the Robertson County School Board in May for placing first in the National Orpheus Vocal Music Competition, a nationwide competition for opera vocalists. In addition to his musical achievements, he was honored on Monday for being Springfield High School's first National Future Business Leaders of America winner after winning a national impromptu speaking competition, and for his leadership in American Legion Boys Nation. He was also governor of Tennessee Boys State this year.

Crocker has received Vanderbilt University's Myra Jackson Blair Senior Scholarship, a merit-based scholarship awarded to outstanding students who have been recommended by their teachers and aspire to careers in music. The scholarship will enable Crocker to take music theory and history classes and receive private lessons, and participate in several ensembles at the University's Blair School of Music.

Crocker also is a fulltime minister of music at the Ebenezer Baptist Church in Greenbrier.

Crocker told The Robertson County Connection he's finding ways to achieve his goals in blending his musical talents with politics.

After spending time with Springfield's Willow Oak Center for Arts and Learning, Crocker attended the Governor's School for the Arts.

After graduating from Springfield High School next spring, Crocker hopes to continue his musical interests at Vanderbilt University and follow with a masters and doctorate from the Eastman School of Music in Rochester, N.Y.

"I would like to teach music at the collegiate level and then go on into politics," Crocker said.

Crocker said he hopes to represent the Volunteer State on the state and national levels.

Monday night, Crocker thanked his family and friends for helping him succeed and expressed his excitement at having such an eventful year.

"This has been a rollercoaster ride of a summer," he said.