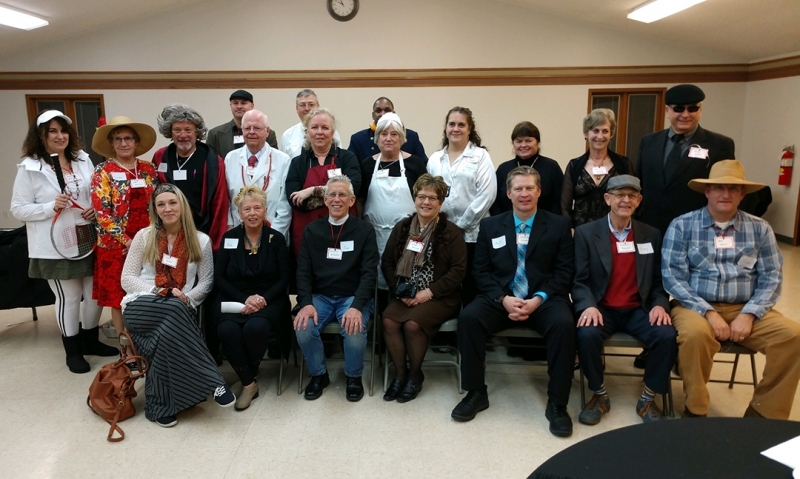 An Iowa American Legion post found a unique way to raise funds to send participants to both Boys and Girls State. And it was so successful this year that the next one already has generated interest from the public.

On Jan. 12, American Legion Post 728 in Johnston, Iowa, teamed up with the Johnston Lions Club to put on a murder mystery dinner. Combined with a silent auction going on simultaneously, the event raised enough money for the post – which does not have an Auxiliary unit – to cover the post’s Boys and Girls State costs for the year.

The idea behind the event came from Post 728 Adjutant Mike Beaman, who also is a member of the Lions Club. Beaman said he and his wife had been trying to do a mystery dinner with some friends for a few years but hadn’t been able to put it together.

“(The Lions Club) lets the Legion use (its building) for our meetings,” Beaman said. “Since I was a member of both, I thought it’d be a great idea for us to host a mystery dinner and split it.”

Beaman said the post’s members thought the fundraiser “was a great idea.” What followed was what Beaman called “a lot of advertising,” including via social media. “We found out there’s all kinds of people interested in these mystery dinners,” he said.

Beaman downloaded a list of mystery characters from the Internet – including Buck Shott, Ford Escort and General Custard – “and then added some things myself.” The charge was $30 per person; the post sold 125 tickets. Guests were also able to sign up to participate as a mystery character.

And the event itself? “It went well,” Beaman said. “People laughed and laughed. There was some ad-libbing, and at times things got a little confusing. But it worked out pretty well."

The night also included a book reading and catered Italian dinner. The effort raised approximately $3,700, which will be split with the Lions Club. Post 728 also will use some of the money to support the Johnston High School baseball team, which will compete in the Department of Iowa American Legion Baseball Tournament.

“By the time we closed it out, we probably had 60 more people that wanted to come,” Beaman said. “And we’ve already got 40 reservations for the next one, and we don’t even know when it is.”