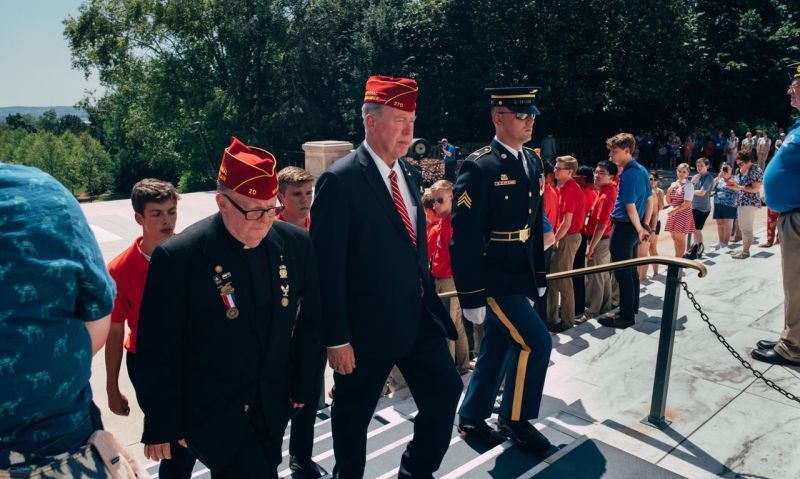 Evan Jolley and Isaac Buchholtz agreed that they’ll remember Monday morning at American Legion Boys Nation for the rest of their lives.

“It’s such an honor to be chosen from such a great group of kids,” Buchholtz, of South Dakota, said after he and Nebraska’s Jolley were chosen from the Boys Nation senators to lay a wreath at the Tomb of the Unknowns at Arlington National Cemetery on Monday.

The wreath-laying is an annual honor at Boys Nation, but like the senators who have done so before them, Buchholtz and Jolley were deeply moved by the experience.

“Even to stand in the presence of the Tomb of the (Unknowns) is something truly moving, and so the fact that we were able to partake in a ceremony that was so meaningful, so historic, it was truly one of the greatest moments of my life,” Jolley said. “It’s definitely the most honored I’ve ever felt. It made me think about what it truly means to be an American citizen.”

“It’s a different dynamic seeing the actual Tomb that close, and being among the soldiers, because you can’t usually get close to the soldiers like that,” Buchholtz said.

The two senators were joined by National Commander Brett Reistad and National Chaplain Father Philip Salois for the ceremony during Boys Nation’s trip to Arlington and the nearby Iwo Jima Memorial.