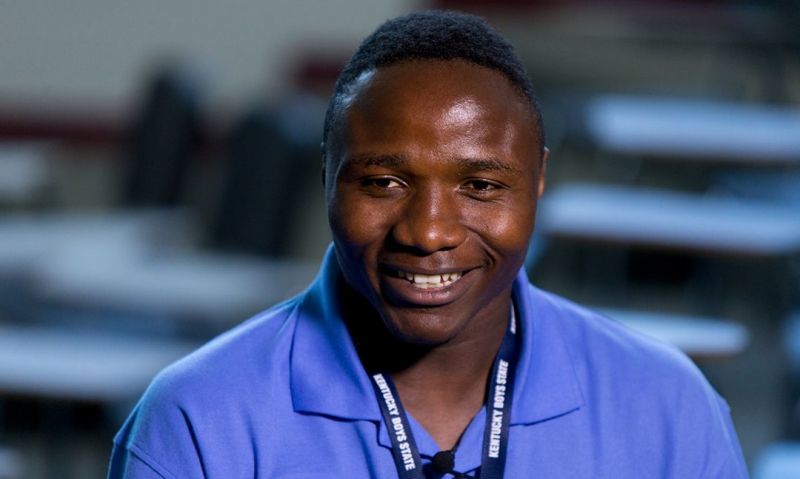 A 2015 Boys Nation senator who was pursuing his dream to “give back to a country who has given so much to me” died Saturday in a kayaking accident in Kentucky.

Cubaka “Chui” Mutayongwa, 22, was kayaking with his girlfriend on July 4 at Cave Run Lake, about 70 miles east of Lexington, Ky., when a wave caused the boat to overturn. His girlfriend survived but Mutayongwa drowned.

Mutayongwa, his father and six brothers came to the United States in 2012 as refugees from the Democratic Republic of Congo. He was selected in 2015 to represent Kentucky Boys State at Boys Nation.

“As far as I know, I am the first immigrant from my country to participate in Boys Nation,” he said at the time. “Not only do I want to give back to a country who has given so much to me, I want to serve. I want to change policies. I’ve always wanted to do that. Before now, I never had the opportunity and Boys Nation gave that to me.”

"I just remember his charisma and how everyone by the end of the week really rallied around him," said Andy Behnkendorf, Mutayongwa's senior section counselor at Boys Nation.

Mutayongwa returned to Kentucky Boys State in 2016 to serve as a counselor. Among his duties that year was helping a group of delegates from Naval Station Guantanamo Bay, Cuba.

Friends told the Lexington Herald-Leader that Mutayongwa was always trying to help others in the community.

Those endeavors included helping unionize Aramark workers at the University of Kentucky and working with the NAACP, AmeriCorps, Tweens Nutrition and Fitness Coalition, and Fresh Stop Market.

A soccer player in high school and college, Mutayongwa quit the team at Transylvania University after one season to focus on community service, his coach told the Herald-Leader.

“He just knew that was his calling in life was helping other people,” Matt Vogel told the newspaper. “He loved soccer, but the time commitment was going to take away from what he really wanted to do with his life.”