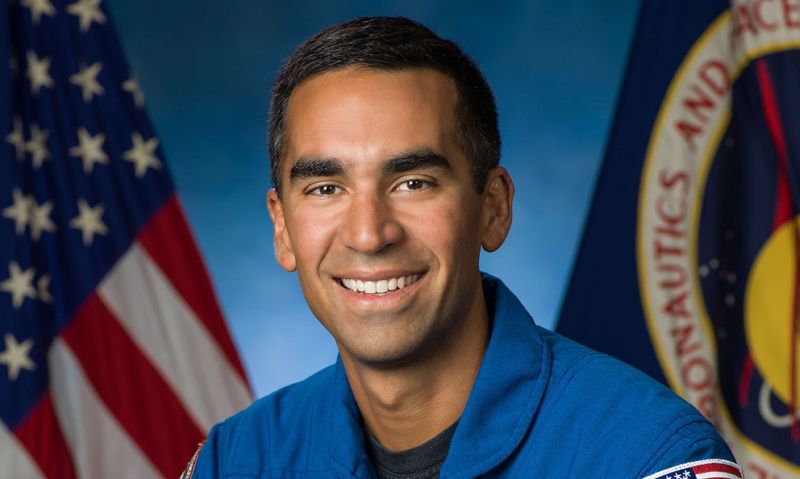 While military service is a common career for American Legion Boys Nation alumni, Air Force Col. Raja Chari has a chance to go above and beyond.

Chari, who attended Boys Nation in 1994 after serving as governor of Iowa Boys State earlier that summer, is among the first 18 astronauts selected for NASA’s Artemis Team, whose goal is to land the first woman and next man on the moon in 2024 and establish a lunar base by the end of the decade.

While there’s no guarantee Chari will be among those going to the moon, he calls his selection to the initial team “a great honor, and a great responsibility too.”

“Just because we’re on that list doesn’t mean we’ll be on the missions, it means that we’re sort of the ones getting our hands dirty as we develop the hardware,” Chari said.

Among the preparations the Artemis Team is helping with are upgrades of launch facilities at Kennedy Space Center in Florida; development of a new rocket to launch the astronauts into space; development of the Orion space capsule to carry astronauts to lunar orbit and back to Earth; the Gateway, a station orbiting the moon; lunar landers; and new spacesuits.

NASA will announce flight assignments for astronauts later; other astronauts, including international partners, will join the group as needed, the agency noted when announcing the initial team in early December.

While Chari, like many kids, dreamed of being an astronaut when he was young, it wasn’t until he went into the Air Force that he gave the thought serious consideration.

“I’d say it was actually sort of a pendulum swing … as I got older, I started to think, ‘That’s silly, I’m not ever going to be an astronaut,’” he recalled. “And then the pendulum kind of swung back, I really think about the time I was in test pilot school, when it dawned on me that, I looked at the people who have been astronauts in the past and looked at my career, they’re actually kind of similar, I could actually do this astronaut thing and it’s not just some wacky dream, it actually has some basis in reality.”

“I think doing Boys State and Boys Nation, for me, was a great combination of … not just learning about political science and how things work but actually getting to do that. I think the other big memory I have is of running the campaign to become governor down there at Boys State, pass legislation, getting to do all that in a very realistic sense and setting, and then getting to do a similar thing at Boys Nation. Just a great opportunity to see civics in action and how it actually plays out,” he said.

“I think the other thing Boys State offered, and Boys Nation, was a chance to actively practice leadership. Very similar, I think, to how the Air Force Academy formed me, it’s sort of a laboratory where you can try different styles and figure out what works and what doesn’t … in a place where there’s not real-world consequences.”

Chari also credited the veterans who volunteered at Iowa Boys State and Boys Nation for helping guide his future service.

“One of the things that sticks out with me is just the fervor of patriotism and love of country that the adults there had, and that sort of growing on you and understanding that being from their service. So I think for me, really cementing that thing I wanted to do because I thought flying would be neat, was also something that was very service-oriented, and that was really a big piece why I stayed as long as I did in the Air Force.

“Flying was great, don’t get me wrong, but what kept me coming back was the people and the mission,” Chari said. “I think I got my first taste of that at Boys State and Boys Nation.”