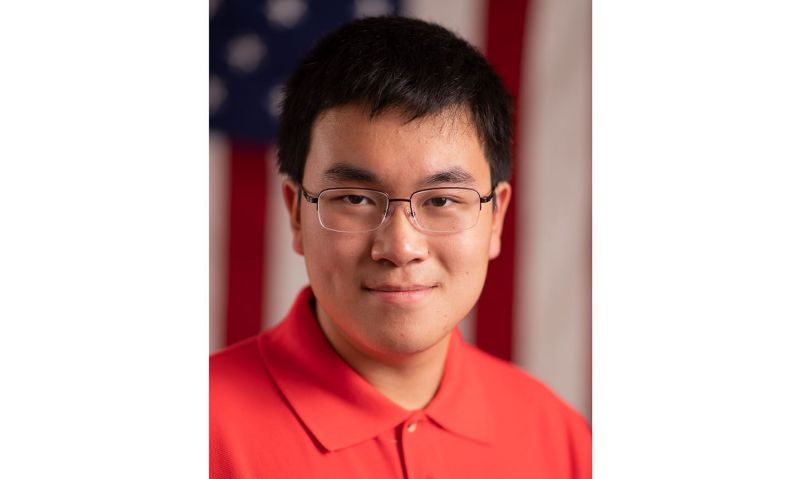 A piece of legislation introduced at American Legion Boys Nation 2019 is now law, part of the National Defense Authorization Act.

“From day one, I had the impression Boys Nation would be a highly influential week, but I couldn’t have imagined that I’d see the results so soon!” said Nathan Wang, who attended Boys Nation 2019 after being elected governor of New York Boys State earlier that summer.

Part of the Boys Nation schedule each year sees the “senators” from 49 states and the District of Columbia joining their counterparts from American Legion Auxiliary Girls Nation to visit Capitol Hill, where they meet their Congressmen and/or their staffs as schedules allow.

The senators from Boys Nation and Girls Nation also pass along bills they’ve worked on for the program while they’re on the Hill. Wang, for one, didn’t expect his legislation to get noticed.

But Wang’s bill at Boys Nation inspired the Artificial Intelligence Education Act, which as part of the National Defense Authorization Act (NDAA) will “fund the creation of easily-accessible K-12 lesson plans for schools and educators to provide students with the tools, skills and social understanding of artificial intelligence (AI) technologies,” according to a press release from co-sponsors Rep. Paul Tonko, D-N.Y., and Rep. Guy Reschenthaler, R-Pa.

Wang left a copy of his bill at Tonko’s office. A month later, one of the Congressman’s aides called to set up a meeting to discuss Wang’s bill, much to his surprise.

“Consider it from their perspective: why do you deserve their attention on this issue when they can consult experts?” said Wang, a freshman at Johns Hopkins University studying biomedical engineering and applied mathematics. “If you want their attention, you need to present a compelling perspective which you are uniquely qualified to tell.”

While writing his bill for Boys Nation, Wang met with Dr. Jim Hendler, one of the earliest originators of the Semantic Web who had previously advised the House Committee on Science, Space and Technology.

“At the time, I had 2 years of AI research experience with a published scientific paper. In comparison to a professional scientist, I was (and still am) very inexperienced. But as a high school student, these were major achievements and gave me a unique credibility to talk about the inspiring effect AI can have on students wanting to apply their knowledge to real problems.”

Wang’s interest in promoting AI education at the high school level was a primary motivation when he attended New York Boys State.

“I had spent two years on an AI based cancer treatment procedure which I ended up presenting as a finalist at Intel’s international science fair. Through my experience, I found AI to be an incredibly powerful, yet intuitive tool that gave me a deeper appreciation for the often misunderstood connection between science and society. Thus, I came to Boys State challenging myself to communicate these novel scientific ideas to my peers without diluting its meaning,” he said.

“It turned out that choosing this platform worked to my benefit. Many speakers highlighted their leadership experience through Eagle Scouts, ROTC, varsity sports, etc., but no one introduced a unifying vision. I reminded my audience that the work we did at Boys State would go to the New York State legislature. I didn’t treat Boys State as merely an exercise in government because I had a very clear goal in mind (i.e. bringing attention to my AI education bill). Continuing to Boys Nation was an obvious choice for the opportunity to interact with legislators and its strong reputation.”

While his legislation has already passed, Wang believes “it’s even more critical now that I use this momentum to bring more attention to the necessity of high school AI curricula.”

He’s working with the National Academies of Inventors on an open letter to Congress that can be signed by any scientist or educator in the nation to support AI education.

“In the long term, I believe public service is only meaningful if you can bring expertise in a different field to office. Thus, before I even consider any elected position, my primary focus will be on making breakthroughs in science. Specifically, I am excited about uncovering the neural mechanisms that can inspire the next generation of AI algorithms. With my interdisciplinary training in engineering, mathematics, and biology at JHU, I hope to develop a uniquely qualified background first as a researcher and then later as a public servant,” he said.