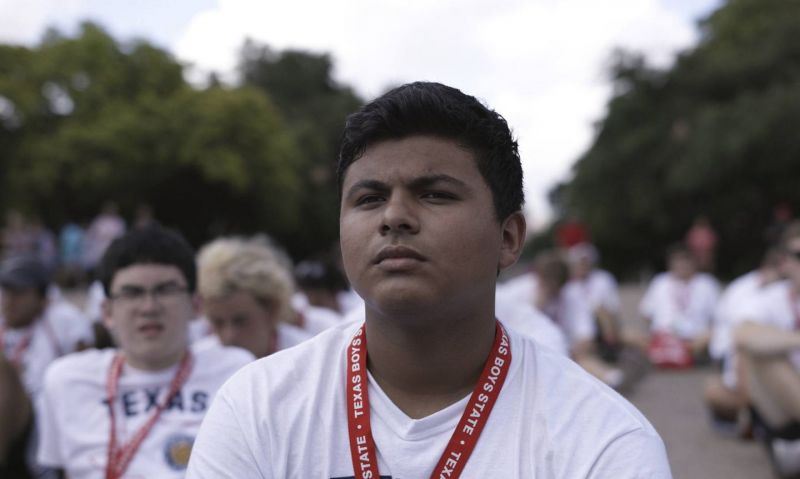 Former President Bill Clinton called the summer of 1963 one of the most formative periods of his life.

It was that summer that Clinton attended Arkansas Boys State and American Legion Boys Nation, where he famously shook hands with President John F. Kennedy.

“Boys State and Boys Nation helped to teach me from a young age that democracy requires us to get off the sidelines and into the arena,” Clinton said on the March 4 episode of his podcast, “Why Am I Telling You This?”, in which he interviewed another Boys State alum, Steven Garza.

Garza is one of the Texas Boys Staters featured in the award-winning documentary, “Boys State.”

Garza noted that he entered the program “being in the political and racial minority.”

“My strategy was to appeal to their sense of service and their sense of patriotism,” Garza said of his campaign for governor of Texas Boys State. “… We can have these disagreements, we can have these differing opinions, and on some hills we’ll die on defending some policy positions … but because we don’t agree on all these issues doesn’t mean we can’t come to the table and at least have some discussion on areas within that issue that we do agree on.

“Our job at Boys State was to show those who are in government that the younger generation can do it better than them, because we actually want to have these conversations and we want to have this debate and work together.”

Garza believes his generation is more willing to participate in politics and public service.

“They realize the stake that they have in this,” he told Clinton. “… The reason that college is so expensive, the reason it’s going to be so hard for us to buy homes, the reason why wages are low, the reason why we’re experiencing these climate events, is because of government. And if we want to be able to go to school at a reasonable price or own a home or make sure we have a living wage and not just working paycheck to paycheck, just struggling to get by, and going to see a doctor won’t bankrupt us, we need to be involved in politics, we need to be involved in government and be aware.”