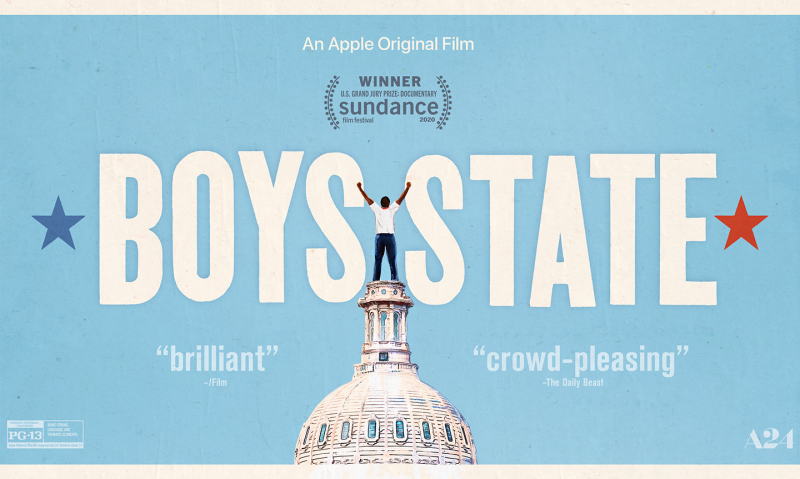 The documentary "Boys State" added another award on March 9 as the film won the Audience Choice Award during the 14th annual Cinema Eye Honors.

The award was the result of online fan voting leading up to the virtual ceremony.

On Twitter, co-director Jesse Moss (@djessemoss) thanked "documentary fans and (Cinema Eye Honors) for honoring ("Boys State") with the Audience Choice Prize and bringing us together to celebrate documentary filmmaking - we loved seeing your smiling faces."

"Boys State" has also been nominated in the Directors Guild of America (DGA) awards; winners will be announced in a private ceremony for DGA members on April 10.

Also March 9, in advance of the next day's deadline for nomination voting for the Academy Awards, an online screening of "Boys State" was presented by the Motion Picture Association and Apple TV+. That event also included a Q&A with co-directors Moss and Amanda McBaine and star Steven Garza, as well as comments from Boys State alumni Sen. Steve Daines, R-Mont.; Sen. Tim Scott, R-S.C.; and Rep. David Cicilline, D-R.I.

"As a former Boys Stater myself, I am glad to see this program getting the national attention it deserves," said Daines, who attended Montana Boys State in 1979. "Boys State is a way to meet lifelong friends, introduce yourself to different viewpoints, learn about leadership, and be a part of something really special, and this film gives you a taste of what it's like."