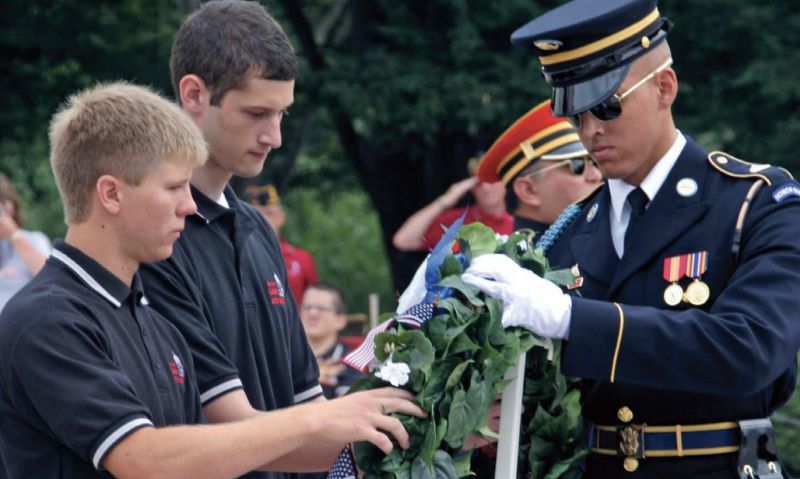 The first American Legion Boys Nation president of the 2000s wasn’t even supposed to be there.

Justin Chapa of Arlington, Texas, was the second alternate to represent his state at Boys Nation in the summer of 2000. And during the presidential election process, he came within one vote of elimination three times.

“I now believe lightning can strike anywhere,” Chapa said in an article in the Aug. 25, 2000, issue of The American Legion Dispatch.

Chapa’s story — going from alternate to president — serves as a reminder of how important it is to seize the opportunity that events like Boys Nation and Boys State can provide.

A decade of firsts

The first decade of the 21st century also featured several firsts when it came to the presidency of Boys Nation, as half of those elected to the position from 2000-09 were the first from their respective states to achieve that accomplishment.

Andrews reflected on what the Boys Nation experience meant to him in an interview with The American Legion in 2019.

Participating in the programs is also a “feather in the cap,” Andrews said.

“When people see Boys State and Boys Nation on a resume, they immediately see this person has an interest in leadership and leadership potential. The programs have been around for such a long time and they have such a great reputation that people are bound to take a look at that and say, ‘Wow, this is somebody that I might have a shared experience with,’ or ‘This is somebody whose experiences would be a valuable asset in my team, my company.’ It’s absolutely a career booster, and if nothing else, it gives you a connection that might open doors somewhere else,” he said.

‘We push those differences aside’

In his speech to The American Legion National Convention, 2005 Boys Nation president Alex Arzoumanov of Florida, N.Y., drew laughter when he talked about his opponent in the election.

“As my brief introduction said, I wasn’t born in the United States. I came here from the Soviet Union when I was just two years old. As if being born in Russia wasn’t bad enough, I soon found out I was going up against a tough opponent from Alabama with the last name of Smith,” he said.

“But as the campaign progressed, I realized that where I was born wasn’t what mattered. It was what I stood for that was most important. You see, I should have realized then what my parents must have known when they left Russia to come here. America is too great to hold something like race, religion or birthplace against someone. Ours is the greatest nation in the world because we push those differences aside and open our ears to listen. And ours is the greatest nation because of the men and women who, when these very ideals and beliefs were challenged, rose to the task and fought for the cause of their country.”

* The 2003 Boys Nation presidential and vice-presidential election was likely another first, as the four candidates came from two states.

* In 2006, the Boys Nation roster included a set of twins for reportedly the first time. Erik and Derik Dailey represented Arkansas for the program’s 61st session.

Next: We wrap up the countdown to #BoysNation75.