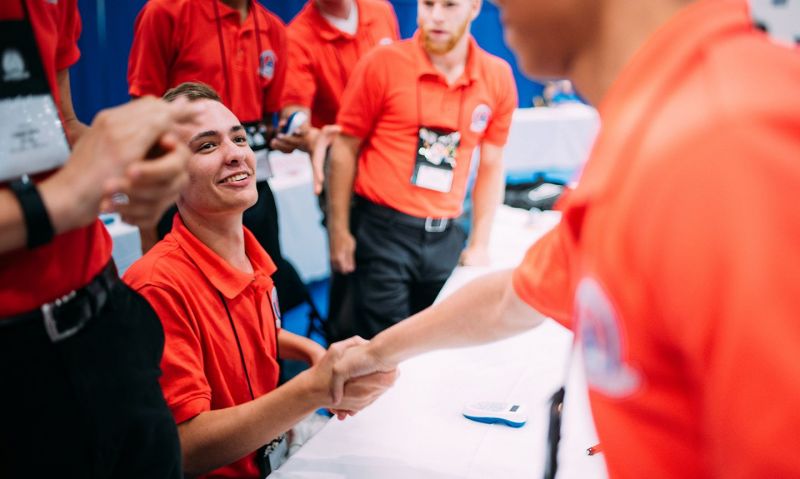 Delegates shake hands after an election after an evening of party conventions at Boys Nation, July 22, 2019.

The program, canceled last summer due to the COVID-19 pandemic, will bring 100 incoming high school seniors from across the nation to receive an education on the structure and function of federal government. The American Legion Auxiliary sponsors a similar program, American Legion Girls Nation, which will meet July 24-30, also in the Washington, D.C., area.

While continuing pandemic restrictions in some states forced the cancellation of several Boys State programs this summer, The American Legion — in order to have a full Boys Nation senate and maximize the Boys Nation experience for the greatest number of youth possible — has approved alternate delegates from those Boys State programs who were able to meet this year, whether in-person or virtually, on a random basis.

The Boys Nation senators, representing 49 states and the District of Columbia, will introduce legislation, organize party platforms and conventions, and elect a president, vice president, president pro tempore and secretary of the Senate.

The senators are also scheduled to meet virtually with their real world Senators or their staff. Other scheduled activities include a wreath-laying at the Tomb of the Unknown at Arlington National Cemetery, a dinner with American Legion National Commander James W. “Bill” Oxford and other members of the Legion Family at Post 136 in Greenbelt, Md., and a tour of the National Mall.