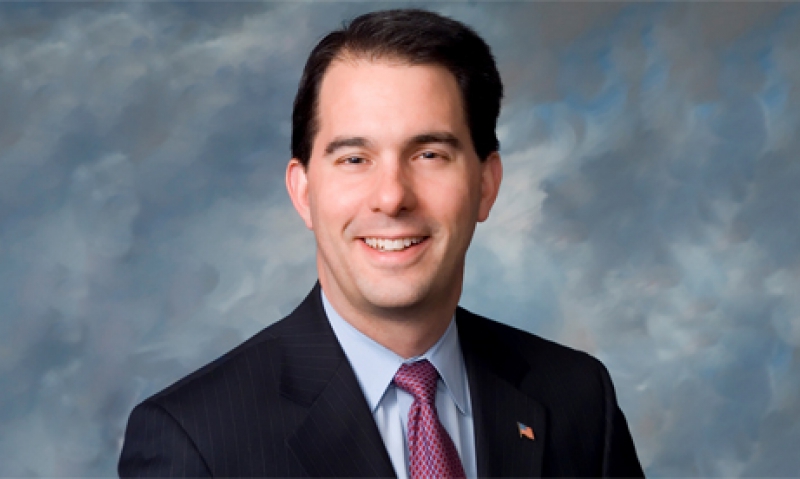 Wisconsin Governor-elect Scott Walker commonly discusses five words at presentations, interviews and around the office: American Legion Badger Boys State. At the young age of nine, Walker had a passion for civics and current affairs and eventually became aware of Badger Boys State by listening to neighborhood boys in his hometown of Delavan, Wisc., speak of their unforgettable experience with the program. With his political passions and the high level of excitement ingrained in him from former participants, Walker attended Badger Boys State with the support of Delavan Rutledge-Boviall Post 95.

During the week-long program, Walker's strong leadership skills were quickly noticed by staff. He became one of the select few chosen to attend American Legion Boys Nation, making him a 1985 Badger Boys State and Boys Nation alumni.

Walker's two weeks with the Legion's highly respected programs shaped his future in public service, leading him to serve nearly nine years in the Wisconsin State Legislature and become the Milwaukee County Executive. And after his successful 2010 election in November as Wisconsin governor-elect, The American Legion caught up with Walker to discuss his experiences at Badger Boys State and Boys Nation.

But the moment that stood out during my time in D.C. was our visit to the Vietnam Memorial. Seeing the memorial solidified my interest in pursuing public service, and it was a reminder of all the veterans who make Boys State and Boys Nation possible. Plus, the connection as to why I was there was made for me when I watched my adult counselor, who was Bob Turner - a Vietnam veteran and a man full of enthusiasm -emotionally moved by the Memorial Wall.

Q: Did you run for an office position during either program?A: During Badger Boys State I was secretary of state, and I ran for vice president during Boys Nation but that program is definitely more competitive because you have the best delegates from each state. Either way, there's a whole sense of patriotism throughout everyone in the program and public service was very much ingrained in us whether we ran for a government position or not.

Q: Have you been back to either program as a speaker?A: I came back to Boys Nation in 1996 as a speaker during the graduation dinner. But for the past 10 years now, I have been giving Badger Boys State's opening speech. I get the young men focused and pumped up when they may be wondering why they are even there for a week. I always share my experience and speak about the notable men who have been a part of Boys State and Boys Nation, whether they are politicians are not.

Also, when Badger Boys State created its website years ago, it listed former state notables and I was the youngest on the list. However, I realized a couple of years ago during my presentation that the young men I was speaking to were born when I went to Boys State!

Q: You have two sons. Do either one of them have a desire to attend Badger Boys State?A: When my boys were younger they would come with me to Badger Boys State when I gave the opening speech, so they are fully aware of what it entails and the amazing experience they will gain from attending. And actually, my oldest son Matthew will be attending Boys State in the upcoming year.

Q: How has Boys State and Boys Nation impacted your political career?A: I can't tell you how many people I have worked with over the years who are men I've known from Boys State. My current operations director heard me speak a decade ago and was inspired so much by what I said that he came and interned for me. And I recently ran into my Boys State junior counselor who now works for the state legislature. Parents will even come up to me and tell me that their son or daughter attended Boys State or Girls State and immediately we feel a bond. As a Boys State and Boys Nation alumni, you are always surrounded by good people.

The programs in general opened my eyes to how campaign strategies are ran and how the government works at all levels. They also grounded me in the importance of public service and how to get something done. More importantly, it was hard for me not to be drawn to public service after I felt an incredible call to patriotism when we sang patriotic songs during our time at Boys Nation.