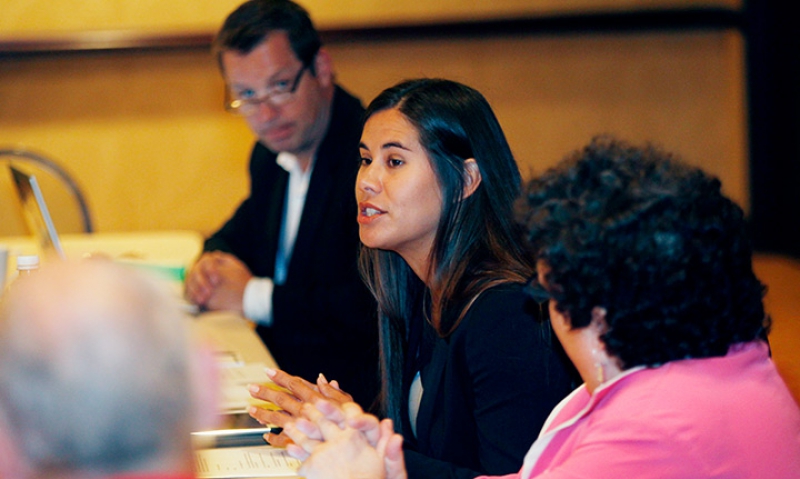 As the newest veterans transition into civilian life en masse, many - possibly a majority - will head to college. The American Legion wants to make sure that their transition is as smooth and seamless as possible.

Key representatives from higher education, government officials and most importantly, student veterans themselves, will offer the Legion guidance on this objective at the upcoming Education Symposium, held in conjunction with the organization's national convention on Aug. 26 at Queens University of Charlotte in Charlotte, N.C., at the univeristy's Levine Crown Room, from 9 a.m. to 2 p.m. Convention attendees and the general public are invited to attend.

The event, coordinated by the Legion's Veterans Education & Employment Division, will kick-off by bringing together five student veterans - representing public and private institutions, community colleges, and non-traditional schools - for a roundtable discussion about their challenges, issues and experiences at their respective schools. Particularly, the Legion is interested in hearing their opinions about the academic and financial aspects of their education, and the general acceptance of the growing veteran populations at their schools.

Panel discussions later in the day will focus on identifying similar concerns from the perspective of school administrators and lawmakers. The higher education panel will feature input from academia in Mary R. Goldberg, a Ph.D., and assistant professor at the University of Pittsburgh, and from education advocates such as Tanya Ang, director of the American Council on Education, and Nicholas Riggins, director for Central Piedmont Community College's Center for Military Families & Veterans.

Specifically, the Legion will ask that group to address three key areas at their respective institutions: personnel and services in place to assist veterans in their transition into education, institutional structures that help administer benefits and services to veterans, and social and cultural support including student veteran representation among the student government and veteran-specific groups that aim to help veterans commingle with the general student population.

It will culminate with a panel discussion involving lawmakers and officials from federal agencies. The group will address topics such as the current state of veterans education legislation, the changes that need to be made from an administrative and policy standpoint, and the potential benefits that could be reaped from intra-agency cooperation and sharing of data related to veterans education.

For more information on attending, email econ@legion.org. Or, simply arrive at Queens University's Levin Crown Room at 9 a.m., located at: