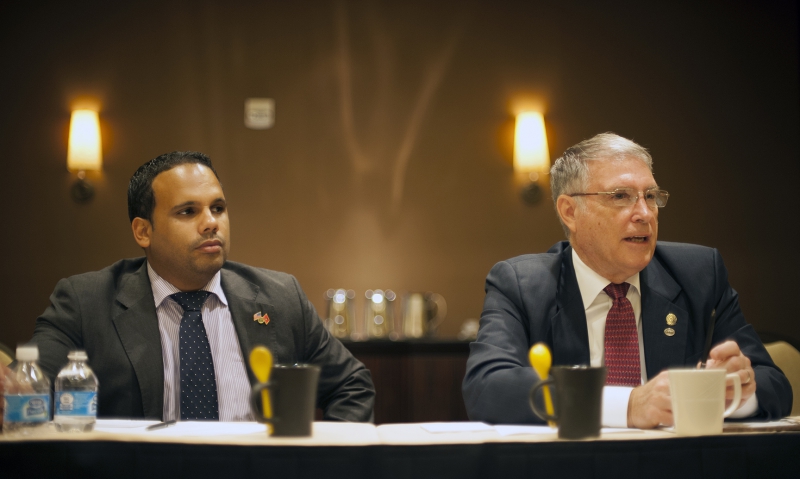 The American Legion is hosting its National Credentialing Summit in Washington at the Mayflower Hotel on Feb. 17-18. The invitation-only event will bring together more than 200 key executives and lawmakers from across America to focus on best practices for helping veterans and transitioning servicemembers get credentials for civilian jobs.

The summit will showcase panels of experts from the private sector, nonprofits, the military, federal agencies and other organizations, and feature guest speakers including Secretary of Labor Tom Perez, Teamsters President James Hoffa Jr., Lt. Gov. Kim Reynolds of Iowa, and Gen. David Perkins, head of the U.S. Army Training and Doctrine Command.

Verna Jones, the Legion’s executive director in Washington, said much progress has been made since the country’s largest organization of wartime veterans held its first credentialing summit on 2012, cosponsored by the U.S. Chamber of Commerce.

“This summit will be a real learning experience for individuals who are committed to our military community, but may not know what specific steps need to be taken to provide veterans and their spouses with the credentials they need for the civilian work force,” Jones said. “We want this event to have a ripple effect, so that each person who attends will go back to his or her company, college, legislature or association and effect real changes to help veterans get jobs.”

Jones said the upcoming summit is The American Legion’s latest effort in its longstanding involvement with credentialing for the military community. “We’ve been testifying before Congress on this particular issue since 1997," she said.

The summit will be held in the Mayflower Renaissance Hotel at 1127 Connecticut Ave. NW in Washington.