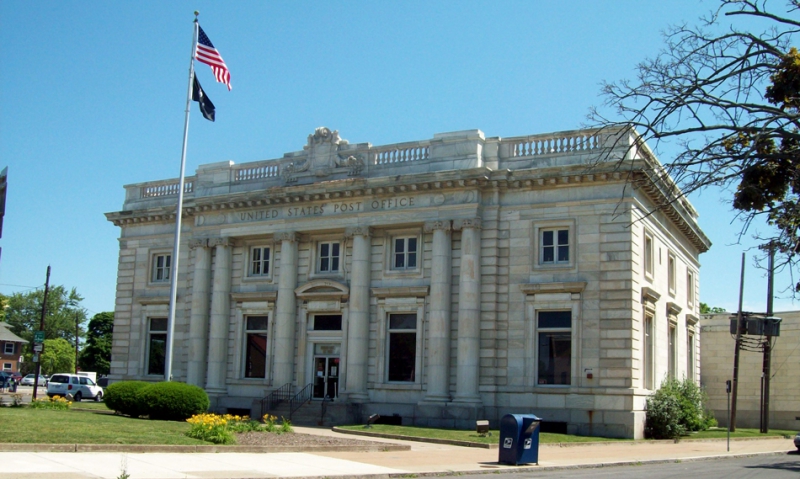 The U.S. Postal Service, with more than 100,000 former military men and women on the payroll, ranks among the nation’s largest employers of veterans, along with Wal-Mart and the Department of Defense.

Veterans and disabled veterans collectively make up over 24 percent of the USPS workforce. Due to the closing of more than 140 mail-processing facilities since 2012, however, they and those who seek future postal-service employment face obstacles and uncertain futures.

“The United States Postal Service has always been a viable opportunity for those that have given all, coming back (from military service) to an opportunity to create a good life for their families,” said Tony McKinnon Sr., the American Postal Workers Union’s director of Industrial Relations. “It’s essential that we band together to make sure that these services are here for the American people and for those that were willing to put everything on the line.”

In 2006, Congress mandated that USPS pre-fund its retirement program, impacting the budget of an already-strained agency that relies on its own revenues rather than tax payer money. The mandate remains a strain that has cut jobs.

“The postal service is under a lot of stress ... some would even call it an attack,” said Mark Dimondstein, president of APWU.

“None of it is necessary or justified – we have lost a lot of jobs and a lot of service.” Beginning Jan. 5, 2015, the U.S. Postal Service announced changes in service standards, delaying the delivery of First Class mail, essentially eliminating next-day delivery and delaying the average delivery window from an average of 1.8 days to anywhere from two to three days.

During The American Legion’s National Convention in Charlotte, N.C. in August of 2014, a resolution was passed urging Congress to support legislation requiring the U.S. Postal Service to preserve current service standards guaranteeing the delivery of First Class mail within one to three days, mail transit times for Department of Veterans Affairs claims documentation and/or medications and limit closures of mail-processing facilities to protect obs.

Dimondstein noted that long-term impacts of mail service changes are numerous for veterans, including delays for those who depend on the mail for medicine, along with correspondences and/or disability checks from VA.

“A lot of the veterans I know are very concerned about their prescriptions,” said Legionnaire Paul E. Norton, a veteran employee of the U.S. Postal Service for nearly four decades. “If the postal service goes to five-day delivery, which the Senate is currently pushing for, people could potentially go four days in a row with no mail service during the 13 federal holidays that fall on a Monday. Most of the time, prescriptions are mailed one or two days before they run out.”

Additionally, the postal service’s plan to close and consolidate plants across the United States has affected the future outlook for veteran employment, as well as the continuation of some vital services. Over the last eight years, some 212,000 postal jobs have been eliminated, 40,000 of which belonged to veterans. The next series of scheduled plant closings due to recent changes in service standards is expected to eliminate up to 15,000 more jobs.

Although the postal service is not necessarily handing out pink slips, affected employees may be faced with a decision to move to alternative facilities, quit or retire early.

“They are forcing the workers to switch crafts and giving incentives and offering early-out programs to get people to leave,” Dimondstein said. “That comes with a lot of burden. Could you imagine being a disabled veteran and now you have to go carry mail for six or seven hours a day on the street? They end up getting forced out.”

“The highest rate of unemployment and homelessness in this country is among veterans,” McKinnon said. “The postal service used to provide opportunities to help veterans combat that problem and help prevent families from experiencing those scenarios. There are men and women that leave this country to fight for the freedoms and privileges we have now. It is a shame they are treated the way they are when they come back. The postal service always carried the banner, priding themselves on being an American institution.

“We are fighting for the defense of this national treasure on behalf of the country as a whole because it belongs to the United States of America,” he added. “In the U.S. Postal Service there is no one individual. It is a public institution that has served its consumers and employees well. I am honored that The American Legion and the commander believe in that we are trying to do – save a treasure that this country truly needs.”